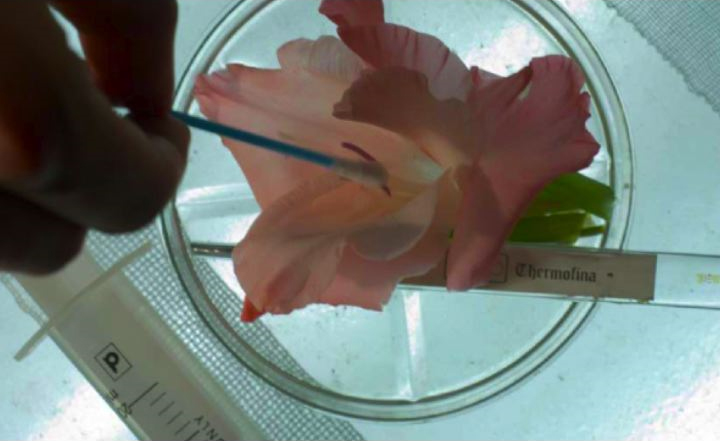 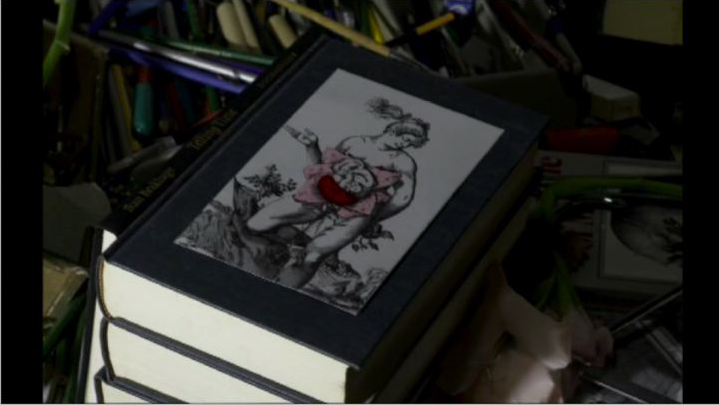 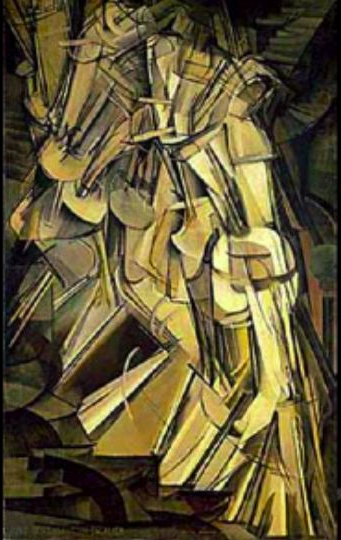 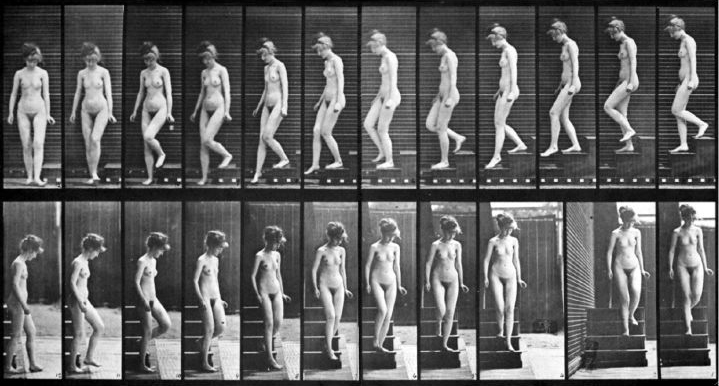 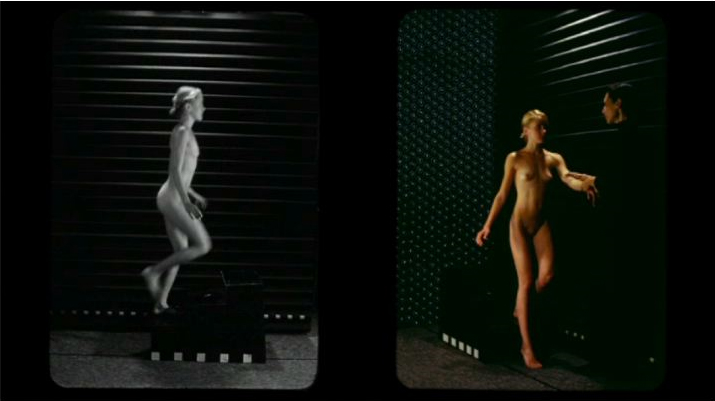 From Muybridge, Duchamp and Stan Brakhage to modern physics


For ten years Reynold Reynolds has been working primarily with 16mm and Super 8mm film as an art medium. He has created installations, documentaries, founded footage works, made narrative and experimental films, and developed a common film grammar based on transformation, consumption and decay. Reynolds’ depictions frequent disturbed psychological and physical themes, increasingly provoking the viewer's participation and dismay.
Alanna Lockward: I do not see male bodies in your work. When you deal with representation and gender issues and you see a naked woman you should have a good reason for having her represent whatever discourse you want to represent. How conscious are you of these issues.

Reynold Reynolds: I am aware of the subject matter and the sensitive response a naked woman can produce. In Secret Machine I am building on two histories: one is the biological history of evolution and the other is a history of depiction in art and film.  From a biological perspective humans are evolved from plants, as they are the first species to produce a sexual differentiation, male and female. This is a break through in evolutionary history and life itself. As in all life forms, the two forces are survival and reproduction. With flowering plants, one part of reproduction is to attract insects that will carry pollen and fertilize a female. The female holds the location of the creation of a new life.

AL: So it is the function of reproduction that only the female body could represent.

RR: Not reproduction but creation, I am showing the miracle that something new, something that did not exist before, can come into existence; a new life in the female body, a new species or an idea. And this is the point where science fails: the miracle of creation that cannot be understood with numbers or measurement. In Secret Machine measurement tools and systems attempt to capture the human being but we see the performance of science not the secret of life. The main character is objectified just as science objectifies all of reality and here the camera becomes an extension of this method.

AL: You mentioned art history and the depiction of the nude in art and film.

RR: In this piece I was thinking of the first filmmaker, Muybridge, and his motion studies and relationship to science. He began analyzing horses running and then dedicated his life to his motion studies of humans and animals. In Secret Machine the woman is subjected to Muybridge’s motion studies. She is treated in the same fashion as in the original Muybridge photography: with a Greek aesthetic in a Cartesian grid. A short time later, Duchamp painted Nude Descending a Staircase, No. 2 (1912) attempting to show time on a flat surface. It was similar to Muybridge, but with overlapping images. I think this is Duchamp’s most important work.

AL: Why do you think this is an important work, more important than the urinal (Fountain, 1917)?

RR: He is expanding cubism and painting into another dimension: time. He is attempting to paint time, something that is a concept, not an object, just as Muybridge was attempting to capture motion (an impossibility). But Muybridge was not conscious of himself as an artist and Duchamp was. The urinal strikes me as a bit of a publicity stunt, a more general and ugly work with no relationship to time.

AL: How did the Muybridge film work?

RR: At first Muybridge was trying to answer the question:

do all four of a horse's hooves leave the ground at the same time during a gallop? He took a sequence of photographs in quick succession and that is precisely a film. He found that he could capture motion. But it was only the illusion of it.

AL: You studied film with Stan Brakhage. In what way is Brakhage’s experimental work a reference for yours?

RR: In the question about what is film. What is it that the film emulates? Memories? A Dream? Reality? Light? A film can jump in time and space the way the experience of reality does not. I think films have the most power when the film follows the laws of reality and then goes beyond. I like the notion of the unconscious in surrealism and I connect more to the language of a dream in the use of film than waking experience. Brakhage got me to think about the basics of film and its function.

AL: The relation with a dream and surrealism seems problematic to me, because dream can mean absurd, and I think that your work is extremely calculated and structured.

RR: I am not thinking of a dream where anything can happen without reason, each dreamer has a very strong logic that makes the dream meaningful and emotionally powerful, but unreal things can happen in a dream, as is the case with my work. Film is the strongest emotional carrier but the challenge is to create a believable world.

AL: Lets go back to the reference of the woman walking down the stairs and the grid. Why did you begin there?

RR: While receiving my education in Physics I thought a lot about time, and then later about the Philosophy of Science. Beginning with Descartes creating a representation of three-dimensional space as three axis producing a grid. This is the Cartesian system of mapping things out, which leads to great advances in math and science and I believe changed the way humans perceive themselves in the universe. I think Muybridge was subconsciously responding to this system.

AL: Why do you say subconsciously?

RR: I think Muybridge saw his subjects and himself existing in a Cartesian system, because it is fundamental to his notion of space in which time is an extension, just another dimension of space measured in the same way. In the Cartesian system we imagine ourselves placed in this four-dimensional construction, but this view of reality has been proven to be false. Early 20th century science showed that these notions are fundamentally and philosophically wrong on every count. This is expressed with statements such as “space is curved” or “the universe is relativistic”, or Heisenberg’s uncertainty principle.

AL: You are speaking about modern physics.

RR: Yes. In Secret Machine I am also thinking of the parallel between how Einstein redefined space and time and how Duchamp redefined art in very fundamental and similar ways using conceptions beyond objects in three-dimensional space. I think of Muybridge as standing between them and film being the only medium able to express these ideas.

RR: Time is about movement and change, like our experience of reality. Without change life does not exist. Photography does not capture this experience. Video is fixed because the relation between time and number of pictures is given, while in film one must decide on the frame rate (24 frames a second or 16, or 48, etc.). When using a film camera choices have to be made based on the relationship between the amount of light available, the frame rate, the sharpness of motion, the length of the film and even the price of film: F stops, feet, feet per second, minutes per roll, pictures per second, exposure time, depth of field and euros per meter. Video hides all these fundamental choices and relationships from the artist. In Secret Machine I compare different filming techniques to the motion of the body. The film camera becomes another measurement tool in a way a video camera cannot. My intention was to make an art piece from the point of view of a machine, specifically a camera.

AL: I think the piece is an essay on time, or the deconstruction of time. But also when I watched the piece I noticed that the audience went into a state of trance. Thank you.

Alanna Lockward is a writer and curator specializing in Video-art and Film. She is writing a dissertation on Critical Whiteness at the Center for Transdisciplinary Gender Studies at Humboldt University. She is the Editor of VideoArtWorld magazine and director of ArtLabour. She lives in Berlin.