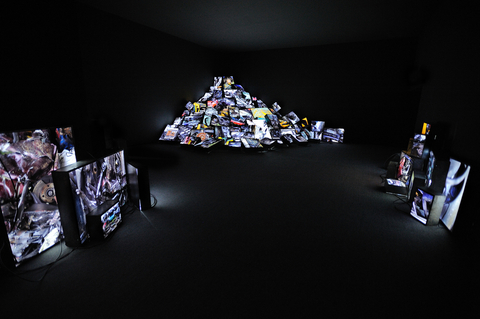 
Zineb Sedira was born in Algeria approximately one year after independence from French colonial rule in 1962, raised in France, then finally settled in the UK where she now lives. It is the implications drawn from this cross-cultural identity which reinforces her unique position and which the artist explores. The work of Zineb Sedira explores the historical impact of Islam on four generations of the women in her family. She uses the intricate patterns of Islamic tiles, modelled on those that decorate middle-eastern Mosques, to represent a web of familial ties. Her exploration of Muslim iconography and family bonds resonates for those brought up with Islamic tradition as well as allowing insight for outsiders.