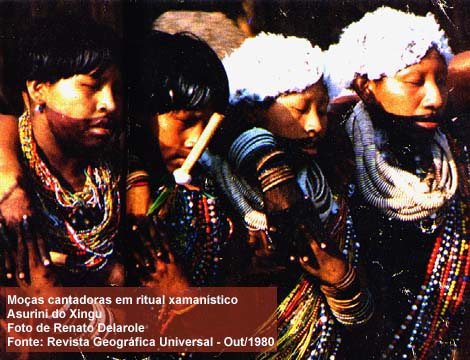 
Brazil based Video in the Villages works to bring an understanding of the power of TV technology to indigenous peoples and an empowering tool in their fight to preserve their lands and ways of life.

Initiated in 1985 by husband and wife team Vincent Carelli and Virginia Valadao through the Centro de Trabalho Indigenista in Sao Paulo (the project has been independent since 2000), the project has had a profound effect on native image and self image, inter-tribal relations, and relations with white institutions.

Through the project, members of several native groups learn about video technology and participate in the production and editing of the videotapes to represent themselves and their cultures
Are you Virginia Valadao?