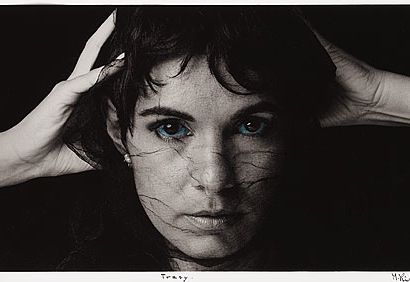 
Tracey Moffatt is highly regarded for her formal and stylistic experimentation in film, photography and video. Her work draws on history of cinema, art and photography as well as popular culture and her own childhood memories and fantasies. Born in Brisbane Australia in 1960, Tracey Moffatt studied visual communications at the Queensland college of Art, from which she graduated in 1982. In her early work, Tracey deals with her identity as Aboriginal Australian. Since her first solo exhibition in Sydney in 1989, she has exhibited extensively all over the world. In the 1980's and early 90's she worked as a director on documentaries and music videos for television. She first gained significant critical acclaim for her film work when the short film Night Cries was selected for official competion at the 1990 Cannes Film Festival.
Her first feature film, Bedevil, was also selected for Cannes in 1993. A major exhibition at the Dia Center for the Arts in New York in 1997/9 consolidated her international reputation. Whether filmic or photographic, each of Tracey Moffatt's images is carefully constructed. None of them presents itself as a "reproduction of reality"; on the contrary, they are produced by meticulous artistry in the studio or in artificial decors, after a preparatory phase of drawing and the creation of a veritable storyboard, as well as a casting process and a technical study. Tracey Moffatt's work appears as a surprising mix of the indeterminate and the brutally precise, the timeless and the contemporary. The result is a taut, sometimes disturbing body of work. The kinds of images she makes are often confronting, thought provoking reflections on contemporary Australian life.

Are you Tracey Moffat?