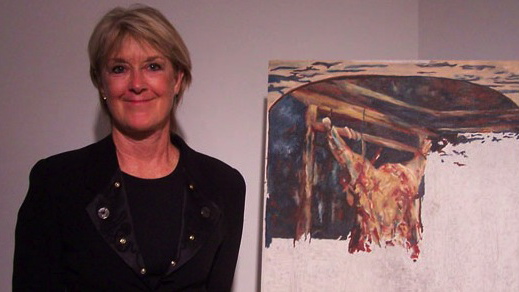 
Suzanne Lacy is an internationally known artist whose work includes installations, video, and large-scale performances on social themes and urban issues. One of her best-known works to date is The Crystal Quilt (Minneapolis, 1987) a performance with 430 older women, broadcast live on Public Television. During the nineties she worked with teams of artists and youth to create an ambitious series of performances, workshops, and installations on youth and public policy, documented by videos, local and national news broadcasts, and an NBC program. Her work has been funded through numerous local and national foundations, including the National Endowment for the Arts and The Guggenheim, Rockefeller, Surdna, and Nathan Cummings Foundations.
Also known for her writing, Lacy edited the influential Mapping the Terrain: New Genre Public Art, published in 1995 by Bay Press, a book that prefigures current writing on politically relevant performance art. She has published over 60 articles on public art. Lacy is the Chair of Fine Arts at Otis College of Art and Design in Los Angeles. From 1987-97 she was Dean of the School of Fine Arts at the California College of Arts, and in 1998 she became Founding Director of the Center for Art and Public Life. In 1996-97 she co-founded the Visual and Public Art Institute at California State University at Monterey Bay with artist Judith Baca. Active in Oakland cultural politics, Lacy was a member of Mayor Jerry Brown's education cabinet and an Arts Commissioner for the City of Oakland.

Are you Suzanne Lacy?