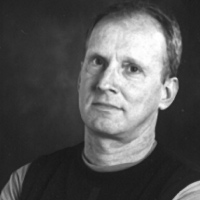 
Stashu Kybartas graduated on Carnegie Mellon University, and after that took classes independently at Pittsburgh Filmmakres. He is a video artist and director of documentaries who has held teaching positions in Illinois, Massachusetts and Pennsylvania as well as in Eastern Europe. In describing his work, Stashu Kybartas has said, "I have chosen to work in video and performance because these are storytelling media. I want to tell my stories and the stories of others because I believe that through telling one's story, one can be healed."
Are you Stashu Kybartas?