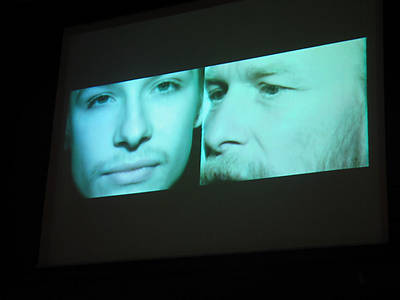 Her work uses video and photography to explore concepts and issues such as identity, human relationships, and utopian communities. She expand documentary narratives by adopting the techniques of digital editing and animation.
Are you Quirine Racké?