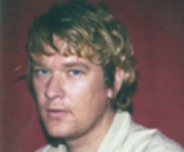 
Nominated for the Turner Prize in 2006. The Tate Gallery describes his work as 'engaging photographic and video installations involving diverse social groups. Acting as a catalyst, he encourages people to reveal their individuality, making the personal public with sensitivity and generosity.'

His best-known works are video art, often featuring teenagers. In 2002 he travelled to Saddam Hussein's Baghdad, before the start of the Iraq war, and filmed Iraqis sitting silently for screen tests for a non-existent Hollywood movie (Baghdad Screen Tests, 2002). His best known work is They Shoot Horses (2004) consisting of two videos each lasting seven hours and shown at the same time on different walls. This is a record of a disco dance marathon staged by the artist with nine Palestinians in Ramallah. Music from the last three decades is played and the young people are captured in a single camera take, as they dance or, at times, stand round or slump to the floor.

Another similar work was The World Won't Listen (2004), which features young fans of The Smiths performing karaoke versions of Smiths songs. He produced a fully functioning karaoke machine, shooting the first chapter of his three-part video installation in Bogotá, Colombia. The second part took place in Istanbul, Turkey, and was included in the 9th International Istanbul Biennial, and the third was filmed in Jakarta and Bandung, Indonesia. For each chapter, Collins spent extended periods of time researching, lecturing, building sets, and filming, with the filming followed by an intensive and extensive editing period. He went on television and radio, visited dance clubs, and posted flyers throughout each city, inviting participants to come and perform their favorite songs from The World Won't Listen.

Phil Collins's art investigates our ambivalent relationship with the camera as both an instrument of attraction and manipulation, of revelation and shame. He often operates within forms of low-budget television and reportage-style documentary to address the discrepancy between reality and its representations. In his projects, Collins creates unpredictable situations and his irreverent and intimate engagement with his subjects a process he describes as 'a cycle of no redemption' is as important for his practice as the final presentation in the gallery.

For the return of the real / gercegin geri donusu 2005, originally commissioned by the 9th Istanbul Biennial, Collins invited people who felt their lives had been ruined by appearing on talk-shows and makeover shows to tell their extraordinary stories at a press conference. Furthermore, Collins hired a director of a Turkish reality TV show to conduct hour-long interviews with the participants. By putting these individuals under scrutiny once again, Collins makes the ethics of further exploitation one of the main subjects of the piece.

A new work conceived for the Turner Prize examines the relationship between the production of art and its wider social context by recognizing and utilizing the mechanism of the Turner Prize itself as a media spectacle. Over the course of the exhibition, a fully functioning office, shady lane productions 2006, will research and organize a set of projects exploring the influence that the camera exerts on the behavior it seeks to record, beginning with a British episode of the return of the real.