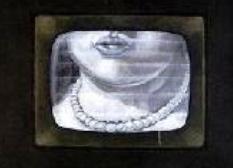 
Paul Thek was born in Brooklyn, New York in 1933. Of Irish-German descent, he was brought up in the Catholic faith. His inability to reconcile his religion, his homosexuality and his general sense of rootlessness marked his life and work. An AIDS victim, Thek died in 1988, at the age of 54.

Despite regular sojourns in New York, Thek believed that wandering is our primary relation to the world and accordingly he spent a good part of his career in self-imposed exile in Europe, living and working in a number of cities, among them Amsterdam, Rome, Ponza and Paris. This nomadic lifestyle translated to a particularly cosmopolitan form of art.

After studying at several art schools in New York and working at a variety of jobs, Thek took his first trip to Europe in 1963. His two exhibitions in Rome combined abstract landscapes and figurative paintings of various parts of the body in what was the embroyo of an art that defies categorization.

On his return from Europe in 1964, Thek began working on the Technological Reliquaries, a series that was to reveal his extraordinary feel for placing objects within spaces. The Reliquaries were plexiglass boxes containing realistic sections of flesh in wax . He went on to develop these pieces in increasingly imaginative ways, producing dismembered limbs that were sheathed in fantastic armor and housed in ever more intricate cases. At the time Thek was creating his reliquaries, minimalism was all the rage in U.S. art circles and the attention of the entire country was focussed on the war in Vietnam. The Tomb (1967) marks a transition between Thek's Technological Reliquaries and the large-scale environments he began creating at the end of the 1960s. It is probably his best-known work: a virulent pink wooden pyramid containing a life-size beeswax effigy of the artist himself attired in a pink suit, adorned with delicate gold jewelry, topped with woven hair and surrounded by pink goblets, a funerary bowl and private letters. The constant presence of death and suffering in Thek's work was closely linked to his Catholic faith and his thorough knowledge of religious liturgy, of which he made particular use in the work he began producing in the 1970s.

As time went on his environments became increasingly complex and intricate, filled with recurring elements. Thek called them Processions in a play on words that referred both to art as a process and to the sense of ritual that pervaded his installations. In fact, his working method itself was a process in which the unfinished and the finished were equally important, which explains why he labelled these pieces "works in progress".

Paul Thek produced his first "work in progress" in 1968 at his exhibition A Procession in Honor of Aesthetic Progress: Objects to Theoretically Wear, Carry, Pull or Wave, which took place at the Galerie M.E. Thelen in Essen. Many of the works slated to be shown had been badly damaged en route and Thek began restoring them on site. As he hadn't finished by the time the exhibition opened to the public he simply went on working, concluding his restoration only a week before the exhibition ended.

As his environments travelled from one city to the next Thek added new elements that referred to the myths and traditions of each destination and the particular time of year. He made a special effort to schedule his exhibitions so that they coincided with major religious holidays such as Christmas and Easter. His work was also rich in allusions to his own life and to then current social and political conditions.

While in Amsterdam in 1969 Paul Thek collaborated for the first time with a group of close friends, which he dubbed The Artist's Co-op, to create an environment that reconstructed three of his earlier works: Dwarf Parade Table, Chicken Coop and Fishman. Working in a group was not only typical of the spirit of those years, but also served to enrich Thek's production.

In 1971 Paul Thekand The Artist's Co-op (whose members at the time were the actress Michèle Collison and artists Tony Schümmer, Franz Deckwitz, Edwin Klein and Ann Wilson) produced Pyramid/A Work in Progress. Thek's first total environment, the work reinvented the artist?s entire working space and included a boat, a bathtub, a sink, a piano, oranges, onions, tulip bulbs, eggs, butterfly wings, plants, newspapers, drawings, postcards, letters and a variety of other items. The environment was no haphazard collection of objects. Every item represented one of the recurrent themes in Thek's work: time (symbolized by the newspapers), metamorphosis and death (the butterfly wings and a pyramid-shaped funeral monument), and resurrection (symbolized by the bulbs, plants and eggs).

Despite his predilection for the size and ephemeral nature of environments, Thek never abandoned painting, and throughout his career produced work on canvas and newspaper. Uniquely delicate, his paintings explore the styles and subject matter the artist felt compelled to examine or exorcise.

Until his death in 1988 Paul Thek continued producing work that was at once intimate, innocent and poetic, striving to reveal that wonderful world that almost was. ,i>"I want to present an atmosphere -an ambiance- which is so peaceful and so beautiful that you're shattered when you leave. My feeling is that the only way you can make things better is by showing how good things can be."

This exhibition includes some of Paul Thek's most representative works, among them a selection from the Technological Reliquaries (1964-1967), bronzes from the series entitled The Personal Effects of the Pied Piper (1973-1976) and a broad selection of drawings and paintings produced throughout his career. The environments The Procession / The Artist's Co-op (1969), Meatcables (1968); and Small Paintings (1980) have been specially gathered for the occasion and audio-visual reports on the artist?s large-scale installations and stage sets, his Amsterdam studio (1968) and a documentary on his preparations for his Netherlands exhibition in Loenersloot (1969) complete the exhibition.

Paul Thek's life and work is explored in detail in the exhibition catalogue, which includes selected writings by the artist (excerpts from his notebooks and his extensive correspondence) and five essays by different authors.
Are you Paul Thek?