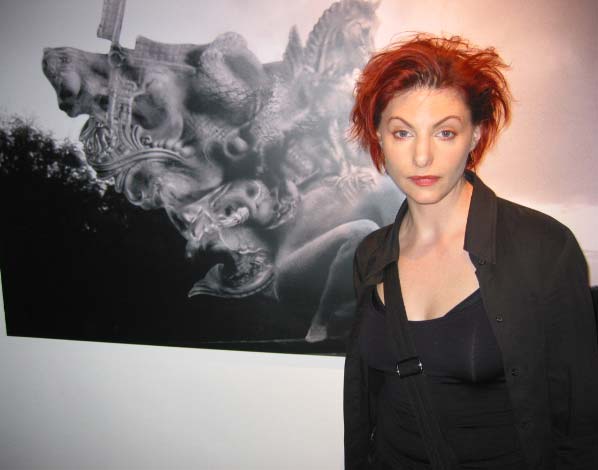 
Johannesburg-based artist Minnette Vári is known for work that examines the discomforts and desires at the heart of personal, political and historical narratives, and offers a panoptical view where the mythologies and world views of disparate cultures are brought into discordant proximity. Focusing in turn on mass media and ancient lore, Vári has explored different systems by which humans have explained the world to themselves. She has pursued the ways in which such knowledge is vigorously transformed through time, showing a constant interplay between the ancient and fantastical and the hypermodern and technological.

Weaving real and imagined etymologies and cartographies into singularly complex and circular narratives, Vári's work continuously redefines the boundaries of the personal, creating new meanings in the ever-narrowing gap between private and collective worlds, and mapping the uncertain realms of the sacrosanct and the profane.

Since 1998 she has worked predominantly with digital media and large-scale video projections, often including performance elements by inserting her own body into reworked media and historical documentary footage. In addition, Vári regularly produces series of drawings and paintings that are thematically linked to her video projects. In her work, she has developed a distinctive visual and aural language, characterized by a palimpsest-like layering of found and invented material. Her work has been associated with exhibitions and conferences exploring themes of identity and the body, transition, politics, mythology, trauma and history.