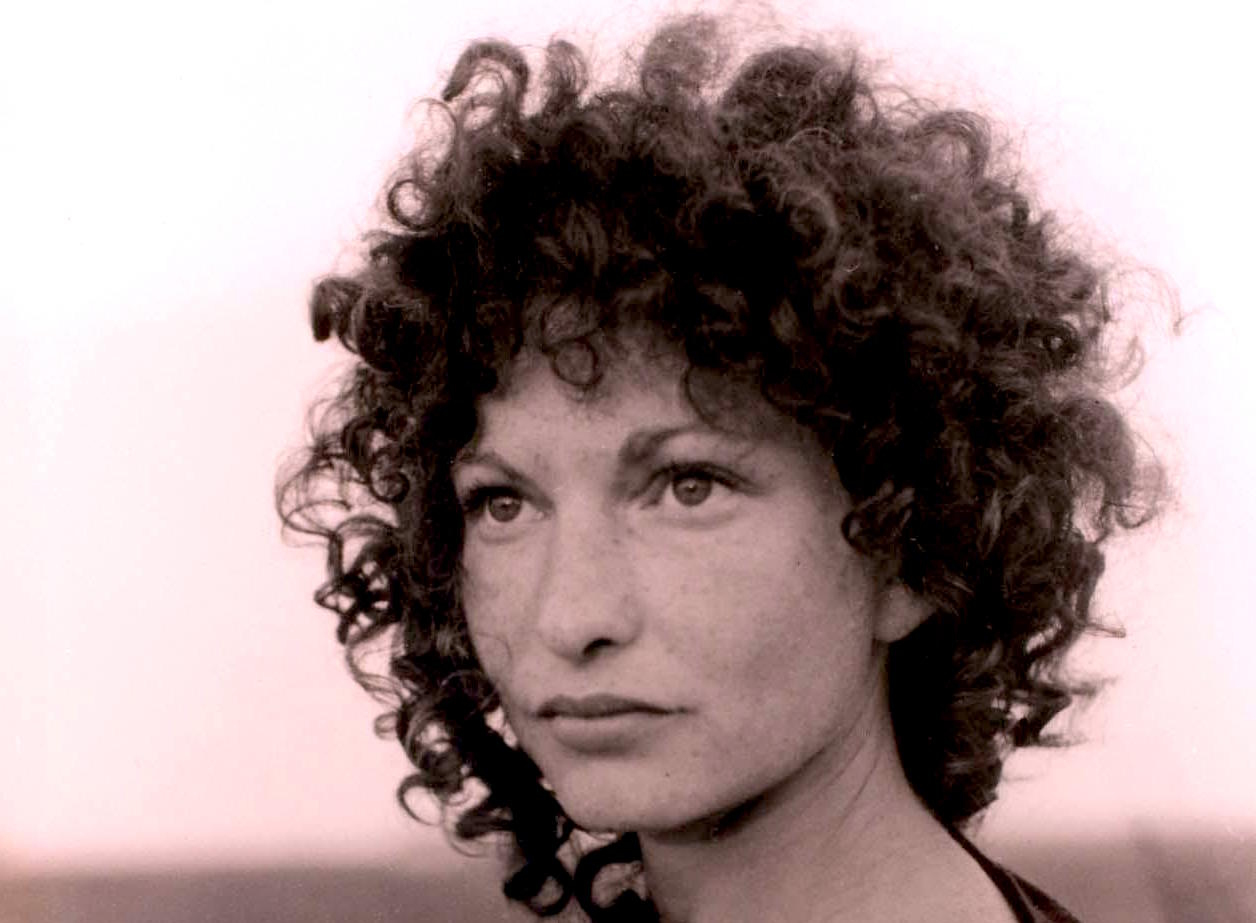 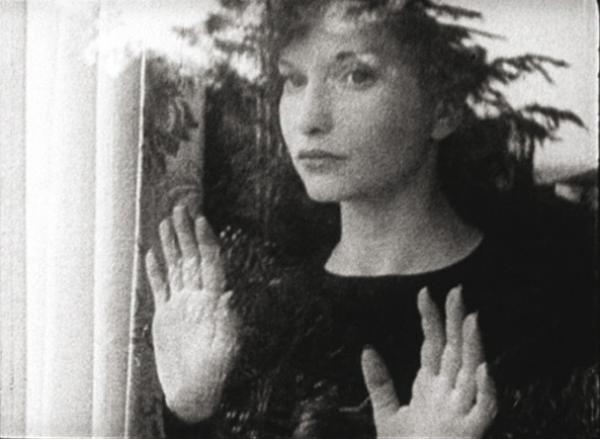 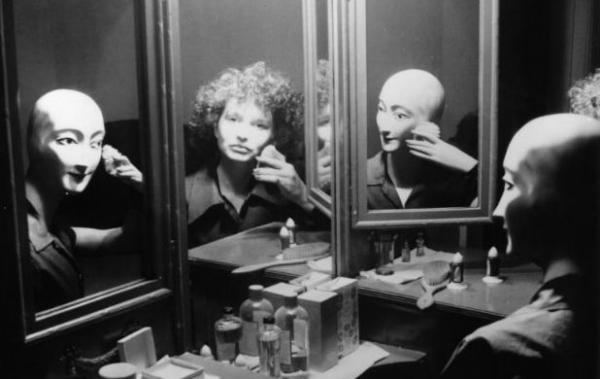 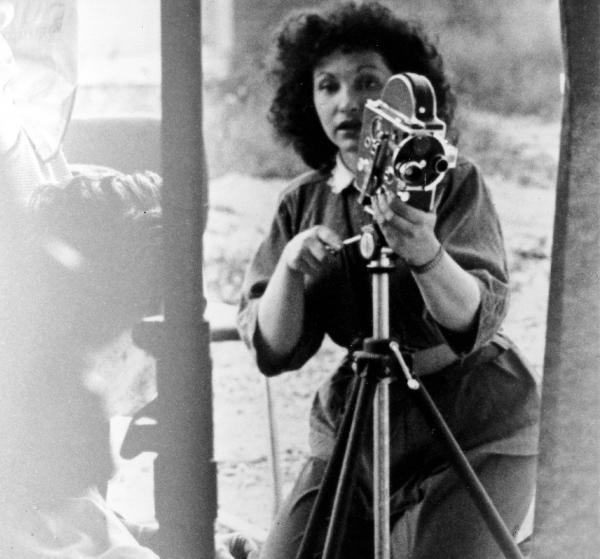 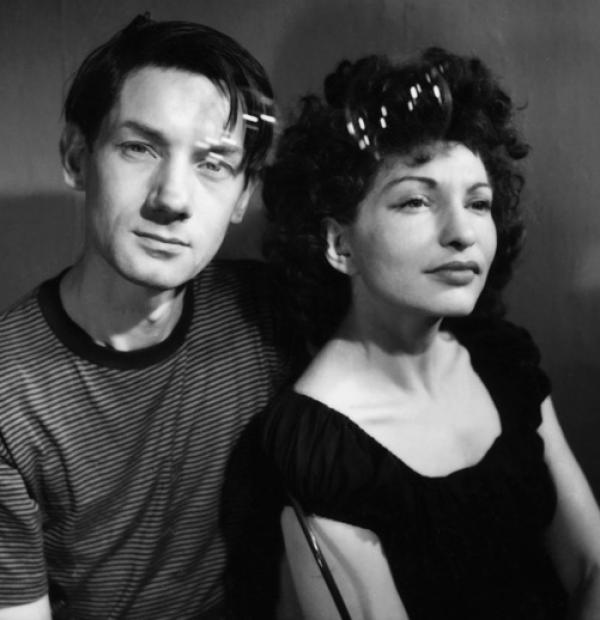 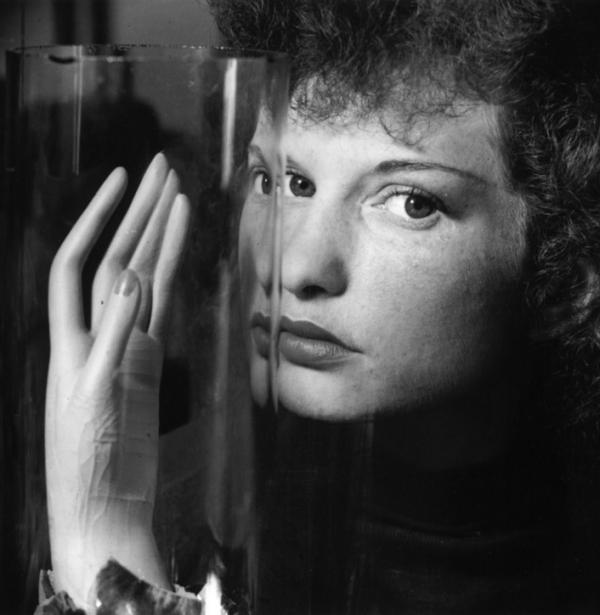 Eleanora Derenkowsky, born in Kiev in 1917. As a result of her father´s sympathies for León Trotsky and various anti-Semitic programs of the state, her family was forced to move to Syracuse, New York in 1922. Soon after, the family name was shortened to Deren and in 1943 she changed her name to Maya Deren.

At Syracuse University, her studies focused on Journalism and Politics. She then transferred to New York University to complete her undergraduate studies. Later, in 1939, she received her Masters Degree in English and Symbolist Literature at Smith College.

Deren’s interest in words, language, and movement was profound and lasted throughout her life. After working as a writer, editor, and social activist in New York, she moved to Los Angeles in 1941, working as an assistant to the innovative dancer and choreographer, Katherine Dunham she learned dance, choreography and anthropology.There she met her second husband, Alexander Hammid, an avant-garde filmmaker from Czechoslovakia who, like other European experimen-tal filmmakers (including Hans Richter and Oskar Fischinger), had migrated to Los Angeles during World War II. Deren brought her love of language and poetry to filmmaking when she made, under Hammid’s mentorship, her first film, Meshes of the Afternoon (1943).

Meshes of the Afternoon launched the American avant-garde film movement after 1945. It sustained and developed the cinematic style and theory of such leading European avant-garde filmmakers of the 1920's as Germaine Dulac, Luis Buñuel, and Jean Cocteau.

It is in Deren's writing "An Anagram of Ideas on Art, Form and Film" (1946) where her innovation in film theory is revealed. More than any of her contemporaries, she galvanized, popularized, and feminized the American film avant-garde. Evasive and unclassifiable, Deren is often referred to as an example of independence, managing to avoid the institutional regulation of cinema aiming to inspire a new generation of avant-garde filmmakers.

In 1943 she started the unfinished film The witche's cradle with Marcel Duchamp. During this period she was influenced by the ideas of André Breton, John Cage and Anais Nin. Later, the art teacher Galka Scheyer introduced Maya to the archetypes of Jung and the fine art community. In collaboration with her second husband, the czecholovakian Alexander Hammid, who taught her cinematographic techniques, Deren produced her first and most remarkable experimental film "Meshes of the Afternoon" (1943), arousing the American avant-garde.

In 1947 she won the Cannes Film Festival's Grand Prix Internationale. She continued to explore the concept of creating a truly cinematic form of dance (as opposed to simply recording a performance) in her last two films, Meditation on Violence (1948), a study of movement in Chinese martial arts and her first picture with sound, and The Very Eye of Night (1954), which features choreography by Antony Tudor. Touring the US and Haiti with her performance company, Maya became extremely interested in the afro-Cuban and afro-Caribbean dances, myths and rites. The same year she was awarded with the Guggenheim Foundation Fellowship to research the Voodoo ritual. Although she never completed her planned film on the subject, her book, Divine Horsemen: The Living Gods of Haiti, was a well-regarded ethnographic study.

In her extraordinary research, she captured more than five hours of un-edited footage and music. By participating in the Voodoo ceremonies she became so closely involved in the ritual that she adopted this religion and was initiated as a priestess. According to Stan Brackhage, this was perhaps the reason of her early death.

The footage was edited and published in 1985 by Teiji Ito, Deren's last husband, but the structure and the explicative voice-over narration moved away from Deren's personal style. In addition to her filmmaking, she lectured, taught, and wrote extensively on independent film. She founded the Creative Film Foundation, which provided funding and support for independent filmmakers.

Maya Deren passed away in New York in October of 1961 after a brain stroke. Her ashes were scattered in the Mount Fuji in Japan. In 1986 the American Film Institute created the Maya Deren Award to support independent film and video makers, recognizing the effort of Deren's lifetime. Deren was probably the first true woman "auteur" in Cinema. Her work challenged not only the medium's gender but also its thematic principleprobing issues of sensual and feminist images clearly distinct from the efforts of the male dominated industry.

Deren's films show experimentation with time and space, playing with repetition and variation of sound and movement, creating rhythms that try to produce in the spectator a trance effect. She was not interested in large audiences but in intimate sessions for small groups of public. Her movies toured through Universities and Museums, where fine art was present but experimental cinema had not been included until then. Her uncompromising spirit effectively eluded institutional standards and limitations for filmmaking, and managed to make films with low budget, attacking the Hollywood monopoly with her statements:

"I made movies with what Hollywood spends in Lip stick. Hollywood has been a great obstacle in the evolution of cinema towards a creative and fine form of art".- Maya Deren -

She is widely considered to be one of the most renowned experimental independent filmmakers, being the first to use 16mm celluloid camera as a personal exploration tool. Her work opened the doors of the avant-garde cinema, exploring the field in between the plastic art field and cinema, and promoting it through universities and schools.

Maya gradually introduced choreography and dance into her pieces, becoming the early precursor of what we consider today dance film. For her, the movement of the dancer creates a geography, opening or closing distant places, not only in terms of space but as well as with our notion of time.

She is, as James Broughton called her, "the mother of us all."