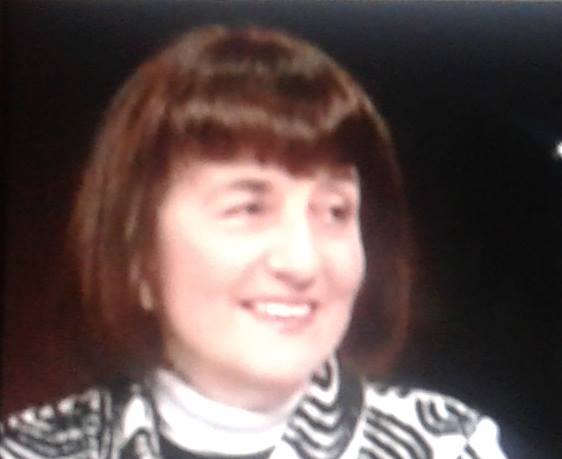 
Marisa González's work maintains various constants, both formal and conceptual which can be perceived in practically all her pieces, and with a common denominator: The use of technology (together with the necessary social conscience) and the recycled, with the help of instruments of her time: photography, electrography, video and computer. By her experience and work we can define her as a multimedia artist and one of the pioneers in the art and technology research.   Biography 1945. Marisa González born in Bilbao. 1963. Degree in piano at the Music Conservatory in Bilbao. 1967 - 1971. Graduate at the School of Fine Arts 1971 in Madrid. 1971. Master Program at the School of The Art Institute of Chicago. At SAIC, she specializes in the area of video and photography, and joins the Generative Systems department, a pioneer centre in the investigation of art and technology thanks to the strength of its founder and theorist, Sonia Sheridan. It is in this department where she discovers the languages and tools which will open new roads of experimentation and development of her own artistic languages. This first stay in the United States coincides with the active student movements against the Vietnam War in which she actively percolated. 1974. She moved to Washington D.C. and graduate again at the Corcoran School of Art in 1977 with a BFA and the Senior prize. She had several solo shows then and she made her first video at the Washington projects for the Arts. In 1977 she has her first solo exhibition in Spain in her native Bilbao art gallery call Aritza. 1978. She moves to Madrid.

1981. In January, she had her first solo exhibition in Madrid: Presences, at the AELE Gallery, and at the first ARCO Art Fair in 1982. 1983 - 1986. She worked with the photocopiers using the Light Painting technique. The series were shown in Spain at the Santander Fine Arts Museum, among others. She created new series. Thus, the machine turns into the translator of the elements placed on the colour copier's glass. 1986. These pieces were presented at the Processes Culture and New Technologies exhibition at the Centro de Arte Reina Sofia first opening Museum inauguration, together with her first digital work Self-portraits created with the technologythat Sonia Sheridan presents in this exhibition with the Photo-Video-Computerdigital equipment. Participates this year in the Making Waves Art and Sciences Symposium, invited by Sonia Sheridan in Chicago. 1983. Join the new board of directors of Madrid's Artist Association. From 1983 to 1990 she joins the first board of directors, which transformed Madrid's Circle of Fine Arts. She promoted the I and II International Video Festival of Madrid's Circle of Fine Arts, in 1984 and 1986. 1990. She creates the series of musical scores written by contemporary composers. With Javier Darias's music scores she creates the installation Light in three times. In 1990, at the Alcoy Cultural Center, and at the Eusebio Sempere Centre's Gravina Palace both in Alicante. It was included in the program for the Alicante International Contemporary Music Festival. Around the year 1990, she decides to recycle her own iconography; the representation through the fragmentation, manipulation, simulation, serialization and metamorphosis, both of images and of meanings. Together with the development of these modular series, she participates innumerous Fax-Art activities, mainly international with the Sorbonne University of Paris PHD group Art-Reseaux directed by Karen O´Rourke. 1992. She presents the modular piece made up of 10 units A1 Semblance to Juan Gris in the international exhibition Variaciones en Gris organized by the Fundación Art and Technology in Madrid. Here she uses, the newly invented, large format Canon Bubble jet A1 photocopier (ink injection impression). She directs the workshop Creation and Technology in Madrid's Círculo de Bellas Artes. In this Workshop, the last week she presents the computer-workshop-concert time space together with her partners John Dunn, Sonia Sheridan and Jamy Sheridan. She is named Generative Systems Network by Sonia Sheridan in Spain. 1993. With her students from this workshop, she creates the installation Estación Fax-Fax Station with an international participation in real time, from over 20 countriesin the Crisis-Culture-Crisis exhibition at Madrid's Circle of Fine Arts. Her new digital works are done with an important recycled device: the obsolete and out-dated computer from the 80's, the Lumena,; a personal computer, PCxt, with only 512K, granted by Sonia Sheridan, and whose photo-video computer system contains a powerful and versatile software invented by Sonia´s pupil from Generative Systems John Dunn which allows the artist numerous projects as the one shown at the Bilbograph 95 in Bilbao's Rekalde Gallery, an interactive workshop and an international Estación Fax-Fax Station calling, on the theme: "Individual body, social body, infected body, contaminated body". 1995. She obtains the Zurbarán Prize of the Junta de Extremadura. Also in 1995, in Montreal and together with Sonia Sheridan and Nell Tenhaafamong, among others, she participates at the exhibition What happened to the pioneers, celebrated at the Galerie Arts Technologiques, during ISEA International Symposium for Electronic Arts, with a lecture at the Quebec University. 1996 - 1997. A new installation, The Mirror of the Clones at the exhibition Echoes of Matter,dialogues between Spanish and Portuguese artists, in Badajoz's MEIAC, and Reales Atarazanas in Valencia, curated by José Ramón Danvila. In 1997 she made a video installation in the contemporary opera Scenes from dailylife, by Gregorio Esteban, with music by Marisa Manchado. 1998 - 2000. The Factory. She witnessed the demolition and disappearance of the largest flour and bread factory during the XX Century in Bilbao. She made series of hiper photographic landscapes out door and indoor, and 4 installations TheSilo, The Luminaries, and an interactive CD-ROM and a video installation in threesyncronized screens. This project was enlarged in the web with an interactive NetArt. This project has been produce and exhibited at The Foundation Telefonica in Madrid in the official section at the International Festival of Photography PH00 inMadrid. 2002 - 2004. The Nuclear Plant LEMONIZ. Again in Bilbao, she witnessed the dismantling of the Nuclear Plant LEMONIZ. This huge industrial complex, built in the 70's, never got to function by different matters, among them political and ecological ones. She could enter in the secluded and controlled demolition area, with cameras, she records the monumental spaces, and rescue objects in order to use them to makeseveral installations. With all of this material she built the new extensive project call The Central Nuclear. 2010. The one hour documentary Ellas Filipinas and the exhibition Female open space invaders are her last project about the Filipino women working as domestic helpersin Hong Kong. She made several trips to make this new project with interviews tothem in Hong Kong and to their families in The Philippines.