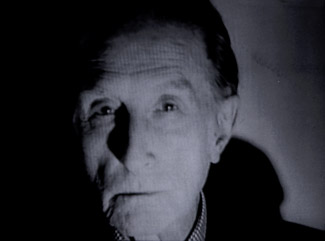 French artist (became a U.S. citizen in 1955) who created new limits between works of art and conventional objects. His fundamental theories and ideas have been a constant source of inspiration for avant-garde movements, from Dada and Surrealism to conceptual art. The fervor caused by "Nude Descending a Staircase, No. 2" and his sarcastic irreverences for conventional aesthetic standards led him to conceive his famous and precursory ready-mades and later built the foundations of a new artistic revolution.


When he arrived in Paris in 1904, he had already done some painting, and his "Portrait of Marcel Lefrançois" shows him in possession of a style and technique. After drawing cartoons for magazines, Duchamp reached the main contemporary trends in painting - Post-impressionism, Fauvism, and Cubism. He was experimenting and yet seeing no virtue in any styles. He was outside artistic tradition, not attempting a prolific output or frequent exhibition of his work. He had become a friend of the poet Guillaume Apollinaire and one of his close friends was Francis Picabia, himself a painter in the most orthodox style of Impressionism. Duchamp felt that Cubism was too systematic, static and boring. For him, the two styles passed directly from "semi realism" to a "nonobjective" expression of movement and from there they met "Futurism" and "Abstractionism".


In 1911, Duchamp sent a "Portrait"("The Nude") to an exhibit that was composed of a series of five almost monochromatic, superimposed silhouettes. With this juxtaposition of successive phases of the movement of a single body came the idea came for the "Nude Descending a Staircase, No. 2". The main difference between the two works is that in the earlier one the kangaroo-like silhouettes can be distinguished. In the "Nude", there is no nude at all but only a descending machine, a nonobjective and virtually cinematic effect that was entirely new in painting.

At the Salon des Indépendants in1912, the committee, accustomed to Cubism, refused to hang the painting. They were unable to accept the novel vision. A year later at the Armory Show in New York, the painting again was singled out from among hundreds that were equally shocking to the public. His work was scandalous in Paris, and a success in New York. Duchamp introduced in his work a dimension of irony and a mockery of painting itself that people were unable to bear. The title alone was a joke that was resented. Even the Cubists did their best to flatter the eye, but Duchamp's only motive seemed to be provocation. These responses prompted Duchamp to stop painting at the age of 25.

Some of his other paintings, like "Le Passage de la Vierge à la Mariée" and "Mariée" (Philadelphia Museum of Art), are among the finest works of the period. Again they were neither Cubist, nor Futurist, nor Abstract, but they expressed Duchamp's typical vision of the body perceived in its inmost impulses.

What Duchamp lacked was a faith in art itself, and he sought to replace aesthetic values in his new world with an aggressive intellectualism opposed to the so-called common-sense world. In 1913 he began studies for an utterly awkward piece: "The Large Glass". For it, he repudiated entirely what he called retinal art and adopted the geometrical methods of industrial design. The piece became like the blueprint of a machine, albeit a symbolic one, that embodied his ideas of man, woman, and love.

Like the "Nude," "The Large Glass" was to be unique among works of modern painting. He spent ten years working almost exclusively on the preliminary studies and the actual painting of the picture itself.

During this period a stroke of genius led him to a discovery where he pioneered two of the main innovations of the 20th century, kinetic art and ready-made art. His "ready-mades" consisted simply of everyday objects, such as a urinal and a bottle rack. His "Bicycle Wheel", an early example of kinetic art, was mounted on a kitchen stool. "Pharmacy" consisted of a commercial print of a winter landscape, to which he added two small figures reminiscent of pharmacists' bottles.

In 1914, Duchamp was living and working in almost complete isolation. He left France for the U.S and arrived in New York in 1915, His warm reception by reporters and intellectual circles raised his spirits. The wealthy poet and collector W. Arensberg arranged a studio for him in his own home where the painter immediately set to work on "The Large Glass." Duchamp became the center of the Arensberg group and received many offers from art galleries eager to handle the works of the painter of the "Nude? all of which he refused. He was then, and remained, an artist whose works would have been sought after but who was happy to distribute them free among his friends. He tried to buy back as many of his works as could be found, including the "Nude." They became a feature of the Arensberg Collection, which was left to the Philadelphia Museum of Art.

Besides "The Large Glass," on which he worked for eight more years until abandoning it in 1923, Duchamp did only a few more ready-mades. In 1917 he sent a urinal, the famous "Fountain", to the exhibition of the Society of Independent Artists. The work was excluded and Duchamp resigned from the society. He recalled the incident as a turning point in his career.

His ready-mades were antecedents of the Dada movement.

In Paris in 1919 he stayed with Picabia and established contact with the first Dada group. His most famous ready-made, a photograph of the "Mona Lisa" with a moustache and a goatee added was made at that time

In 1923 Duchamp stopped working on "The Large Glass," considering it definitely and permanently unfinished. The cinema came to fulfill his pleasure in movement. His works to this point had been only potential machines, and it was time for him to create machines that were real, that worked and moved. The first ones were devoted to optics and led to a short film, Anemic Cinema. The modesty of his results was a way by which he could ridicule the ambitions of industry.

When the Nazis occupied France, he returned to New York City, where he joined some of the Surrealists in exile, including A. Breton, Max Ernst, and Y. Tanguy. He was involved in organizing the Surrealist exhibition in New York City in 1942. The exhibition of "The Large Glass" at the Museum of Modern Art, New York City, helped to revive his reputation but he spent most of the rest of his life in semi retirement and a contemplative state, content with playing chess and producing strange and unexpected objects.

FOCUS ON : Given: 1. the waterfall, 2. the illuminating gas.

After his death in France, his friends heard that he had worked secretly for his last 20 years on a major piece called "Étant donnés: 1. la chute d'eau, 2. le gaz d'éclairage" (Philadelphia Museum of Art) This piece offers through two small holes in a wooden door a strange piece of Duchamp's mysteries.
Behind the door is a three-dimensional construction, like a museum diorama. There, in midday lighting, a naked woman is sprawled on a bed of dry twigs, face turned away, with her legs spread, exposing her vagina. She holds aloft a glowing gas lamp. In the background is a landscape of forests amid mountainous terrain. In the distance, a tiny waterfall shimmers.
From the artist who courted contradiction all his life, "Etant Donnés" may be his most surprising. It is nothing like anything Duchamp had made before. Its high degree of artifice is startling from someone who sought to remove the hand of the artist from the creation of art; its verisimilitude is surprising coming from an artist who disdained "retinal art" (art that appealed to the eye).

"The Large Glass" and "Etant Donnés" are alternative views of the same event. The former occurs in an unseen, abstract realm; the latter occurs in the visible world that surrounds us. Included in The Large Glass was a peephole into the visible world, which revealed nothing. Here, the peephole reveals all. The two works combine in the mind of the viewer to create an epiphany, merging the inner and outer worlds.

All in all, the creative act is not performed by the artist alone... The spectator brings the work in contact with the external world by deciphering and interpreting its inner qualifications and thus adds his contribution to the creative act.
Marcel Duchamp

As artist and anti-artist, Marcel Duchamp is considered one of the leading spirits of 20th-century. With the exception of the "Nude Descending a Staircase, No. 2", his works were ignored by the public for the greater part of his life. Until 1960 only such avant-garde groups as the Surrealists claimed that he was important, while to other art circles and critics he appeared to be merely an eccentric and something of a failure.
In the 1960's, when the new generation of American artists understood that Duchamp had found answers for many of their problems, tributes came to him from all over the world. Retrospective shows of his works were organized in America and Europe. Even more astonishing were the replicas of his ready-mades produced in limited editions with his permission.

His work was psychologically meaningful, humorous, and curiously disquieting, with witty punning titles that add to our perplexity and enjoyment. Such titles are also attached to his "ready-mades," whose principle is that the creation of a work of art is not limited to manual dexterity but may stem from the imagination and vision of the artist. He had to wait nearly 40 years before the ready-mades were seen as more than a derisive gesture against the excessive importance attached to works of art, before their positive values were understood. With the ready-mades, contemporary art became in itself a mixture of creation and criticism

Just before his death, finally, his attitude toward art and society, far from being negative or nihilistic, had led the way to a new kind of art. Compared with the visual expression that came before, this new art seeks to engage the imagination and the intellect instead of just the eyes, embraces humor as a valid aesthetic component, and strives to portray invisible worlds instead of just visible ones. Not only did he change the visual arts but he also changed the mind of the artist.

- Please check the latest artists from
Are you Marcel Duchamp?