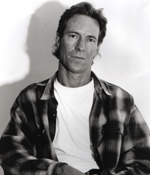 The centre of his work is to tell the story of the Mexican people living in the south of California. In that way his work can be looked at as documentary films, but they always have a twisted angel to them. In his work he has collaborated with Elizabeth Sisco and David Avalos among others.
Are you Louis Hock?