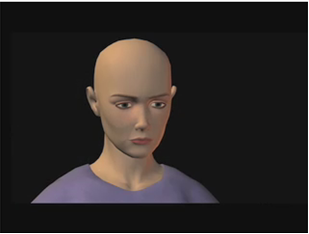 
Kristine Diekman has worked for several years in video and new media. Her work includes "Drift to Dust", "Super Och", "Corpse and Mirror", "Corn, Kitten, Sox and Knot" amongst others. She has received awards from New York State Council on the Arts, New York Foundation for Arts, Paul Robison Foundation, Rhode Island State Arts Council, and is a 2001-2002 recipient of a Media Fellowship from California State Council on the Arts.

Her work has been shown in festivals and on television throughout North and South America, Europe, and Asia. She is currently Associate Professor of Video and New Media and Department Chair of the Visual and Performing Arts Department at California State University, San Marcos, where she has developed The Community Video Project. She also is on the Board of Directors of Media Arts Center, San Diego.