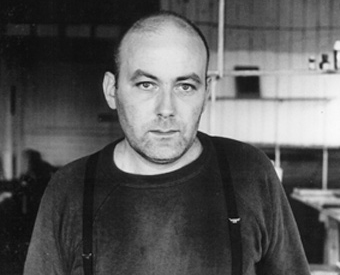 
Between 1962 and 1963, Gerstner made his first attempts at optically distorting television images with lenses made of Plexiglas. In 1964, he exhibited his results for the first time in an installation that used 12 television sets, each one shown wearing a different pair of so-called «glasses». ( Exhibition: «Crazy Berlin» at Haus am Lützowplatz, Berlin) Also from 1964 comes the oldest existing version of «Auto-Vision» for a single television set. A new housing for the black-and-white TV set closes at the front, with a square television, and can accommodate six differently formed Plexiglas lenses, with everything meticulously packed in a crate for its transport. In this form, the perfection of design and presentation makes Gerstner?s «Auto-Vision» function as the prototype for a possible serial production.
Are you Karl Gerstner?