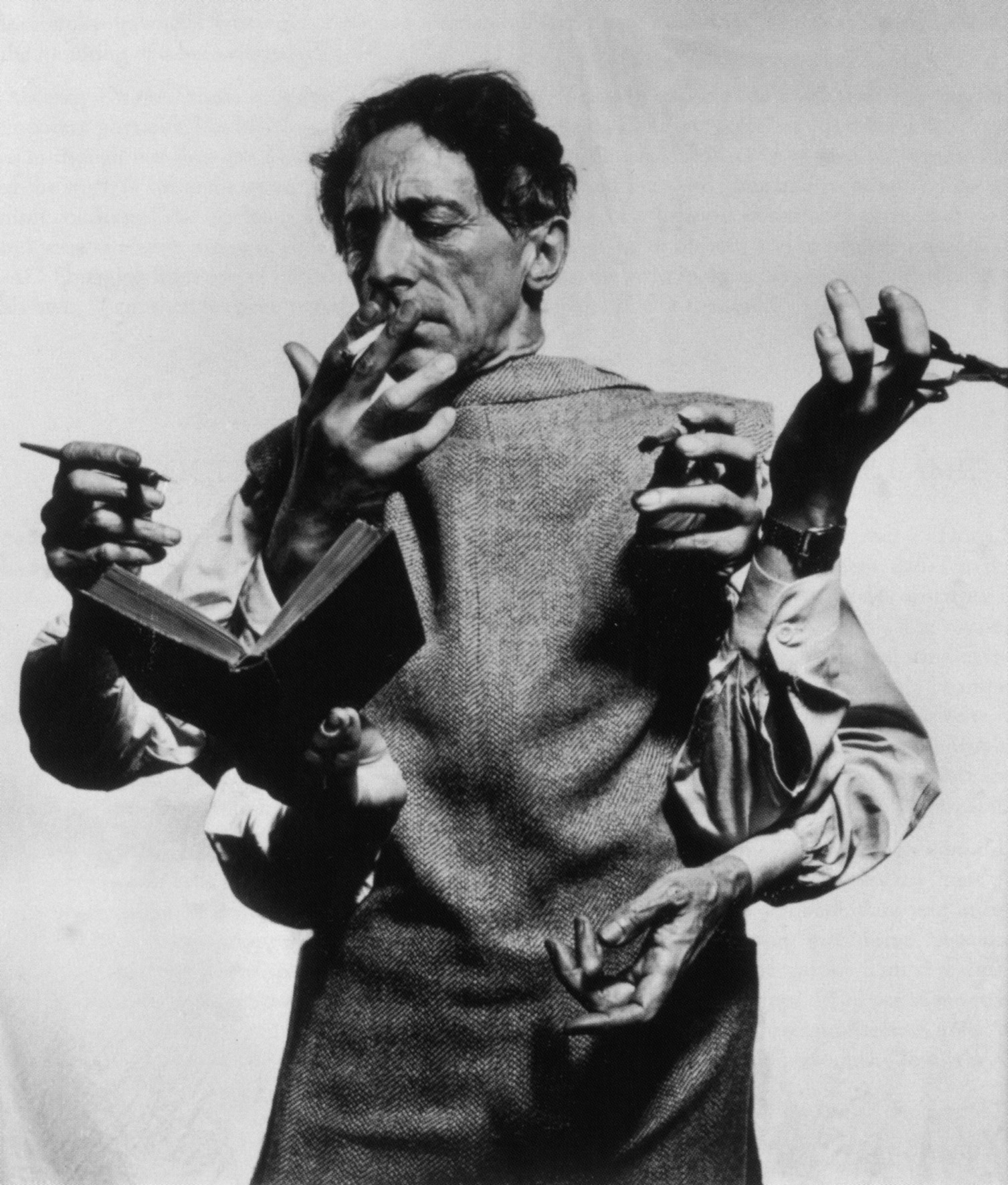 
Jean Cocteau was one of the most multi-talented artists of the twentieth century, working as a novelist, playwright, director, painter, poet, essayist, set designer, and actor. Although Cocteau was active in many art movements, he always had his own unique ideas which reflected in his life and his works. Some of his most important works include the poem L'Ange Heurtebise; the play Orphée; the novels Les Enfants terribles and La Machine infernale; and his surrealistic motion pictures Le Sang d'un poète and La Belle et la bête.


Cocteau's earliest memories were linked to popular theatre like the circus and the ice palace, as well as more serious theater, such as the tragedies performed at the Comédie-Française. At 19 years old he published his first volume of poems, La Lampe d'Aladin.
Cocteau was the product of the years preceding the first World War, a decade of refined artistic taste. His real exploration of the world of the theater began when he first saw the Ballets Russes directed by Sergey Diaghilev. When Cocteau expressed the desire to create ballets, Diaghilev challenged him to the famous : "Étonne-moi!!" ("Surprise me"). This remark seems to have guided Cocteau not only in his ballets, such as Parade, with music by Erik Satie, and Le Boeuf sur le toit, with music by Darius Milhaud, but also in his plays and movies.
Later, Cocteau entered the closed circle of modern art, which was just beginning Paris. In the bohemian neighbourhood of Montparnasse, the heart of the city, he met painters such as Amadeo Modigliani and Pablo Picasso and writers such as Guillaume Apollinaire and Max Jacob.

Soon after 1918, Max Jacob introduced Cocteau to the poet and novelist Raymond Radiguet who appeared to be a prodigy. In his work, Radiguet advocated an aesthetic of simplicity and classical clarity, qualities that would become characteristic of Cocteau's own work.
In Cocteau´s poem L'Ange Heurtebise, the poet engages in a violent combat with an angel that would reappear later in his other works. Later, his play Orphée, had a major role in the resurrection of tragedy in modern theatre. Through this work, Cocteau deepened his interpretation of the inner nature of the poet.


After the war Cocteau expanded the bredth of his work by the making of his first film, Le Sang d'un poète, a commentary on his own private mythology. The themes in the film that then seemed shocking, today seem less riveting and more universal because they have appeared in subsequent works. Additionally in the 1930s, Cocteau wrote what is usually thought to be his greatest play, La Machine infernale, based on the Oedipus theme. In these two plays he focuses more intimately on the great myths of the human nature.

In the 1940s, Cocteau returned to film-making, first as screenwriter and then as director in La Belle et la bête, a fantasy based on the children's tale, and later Orphée, a re-creation of the themes of poetry and death that characterized his previous play.

Orpheus : A cinematic masterpiece, starring Jean Marais. written and directed by Jean Cocteau. It is a fascinating, but preliminary and immature, study for the magnificent movie he would make later.

Testament of Orpheus : Jean Cocteau is the writer, director, and star; as the personification of the Orpheus-archetype, he reveals that his film is "a strip-tease" act, gradually peeling his body to reveal his naked soul.

The Blood of a Poet : Explores the themes of artistic creation, death, poetry, and revival in sequences of dream-like imagery, makes up what may be called Cocteau's Orphic trilogy. Those 3 movies are like mirrors, through which we see the ravages of time, the stealthy approach of agedness, recurrent images reflecting his fascination with death and the interactions of dreams with reality.
Cocteau described this perturbing series of voyeuristic tableaux as, "a descent into oneself, a way of using the mechanism of the dream without sleeping, a crooked candle, often mysteriously blown out, carried about in the night of the human body." The films are replete with autobiographical motifs, form sexual stigmata, opium smoking and gunshots.

- Please check the latest artists from
Are you Jean Cocteau?