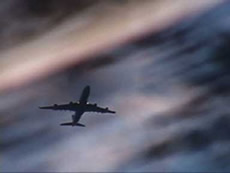 
Jayce Salloum has been working as artist and as well as curator. His works focus on installation, photography, mixed & new media and video . His work takes place in a variety of contexts critically engaging itself in the representation of cultural/social/political manifestations and other cultures.

He received his BFA from the San Francisco Art Institute in 1980, an MFA from the University of California, San Diego in 1988, and participated in the Whitney Museum of American Art, Independent Studio program in 1988-89 and the PS1 International Studio Program in 1989-90.