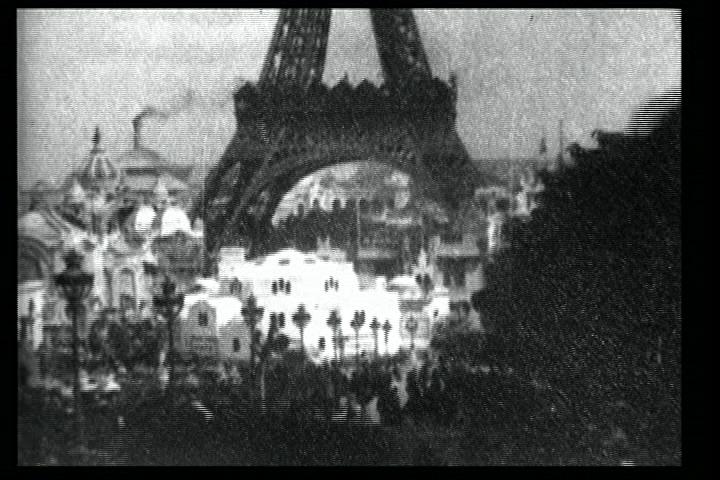 
A technician working for Raff & G a m m o n, the distributor for Edison?s Kinetoscope, he was hired by Edison?s business manager William Gilmore. At Edison Manufacturing, he supervised film production, a position he held until 1903 when he was sent to England to manage Edison's film business there.

In August 1894 James White, previously a Phonograph salesman, was taken on by the Holland brothers to work at their Boston Kinetoscope parlour, later visiting several American cities with the Kinetoscope in the company of Charles Webster. As the Kinetoscope business began to wane White returned to Phonographs, but when Webster was sent by Raff & Gammon to Europe with the Vitascope, White filled his post at Edison and rapidly came to play an important part in the Vitascope enterprise.
In effect producer for Edison Vitascope titles made under Raff & Gammon's auspices, White was responsible for such noted titles of 1896 as the May Irwin Kiss, J. Stuart Blackton's film debut in Edison Drawn by World Artist, and films of Li Hung Chang's arrival in New York, as well as undertaking some projection duties. When the business relationship between Edison and Raff & Gammon began to crumble in late 1896, White returned to Edison and was put in charge of the Kinetograph department, overseeing a busy production schedule with cameraman William Heise. In mid-1897 White embarked on an extensive filming trip abroad with English cameraman Frederick Blechynden. First journeying across America (taking advantage of the railroad companies's desire for publicity to film many 'phantom rides' with all expenses paid), the pair travelled to Japan and China in early 1898, returning via Hawaii in May, by which time White had fallen gravely ill.

On his recovery White resumed his post (having unfortunately been absent during the flaring up of the Spanish-American War), enthusiastically involving himself in every stage of production, even on occasion acting, though he always had a greater interest in actuality, for instance the scenes he took of the Paris Exposition in the summer of 1900. In November 1900 he hired Edwin S. Porter, who soon took responsibility for fiction films while White concentrated on actuality and news films. He was thus in charge when the Edison camera team, out in force to film William McKinley's arrival at the Pan-American Exposition on 5 September 1901, recorded the unfolding events.

Are you James White?