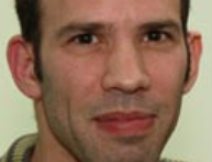 
Guy Ben-Ner gained widespread recognition with his film installations of scenes set and recorded in restricted spaces, e.g. the artist's kitchen. Without the use of elaborate props, the artist and his family appear in these films as actors. In his works, Guy Ben-Ner investigates and reconstructs fundamental principles of the history of film and of art history.

Ben-Ner, who completed his art studies in New York in 2003, was the lone survivor already when he showed 'Berkeley's Island' (1999): The artist squatting, stranded next to a palm tree on a sandy island, in the middle of his kitchen. The quasi domesticated artist is reluctant to accept the roles allocated today to family members. He does the chores, but discusses his unsatisfied desires, and stresses the incongruity between the cliché-like fury of the artist or the savagery of man, and modern lifestyles.

Guy Ben-Ner represented his country in the Israeli Pavillion at the 51st Venice Biennale in 2005. The title of his work, which consisted of sculpture and film was Self-Portrait as a Family Man; a title that neatly summarizes his artistic strategy.

Since 1996 his works are centered on his own performative presence and his relationship with his family. Together with his wife Nawa and his children Amir and Elia, he creates idiosyncratic scenarios, bizarre realms within his own home. Testing on his own private territory (both emotionally and physically) the different kinds of familial settings and circumstances, he brings his public to reflect upon universal values and behaviors which are produced by the connection between the social environment and the human being's natural attitudes. Although shot at home and usually with his children, Ben-Ner 's films are far from home movies. They are sequences of carefully planned scenes, each film is in fact preceded by a copious storyboard drawings.

In his recent work for the Skulptur Projekte Münster 2007, recreates a sense of privacy in a public space, incorporating a bicycle, simultaneously referring to Marcel Duchamp and to the two-wheeler as a popular mode of transport in the city of Münster. His piece Stealing Beauty was awarded the 1st prize at the International KunstFilmBiennale 2007 in Cologne.

His latest video-work has been recorded over the last two years in various IKEA furniture stores worldwide. The members of the Ben-Ner household have nestled themselves into the different show-pieces, until cordially invited by store personnel to leave. Mimicking a recording with a security camera, Guy Ben-Ner has documented himself the artistic squatting of the furniture store.
Are you Guy Ben-Ner?