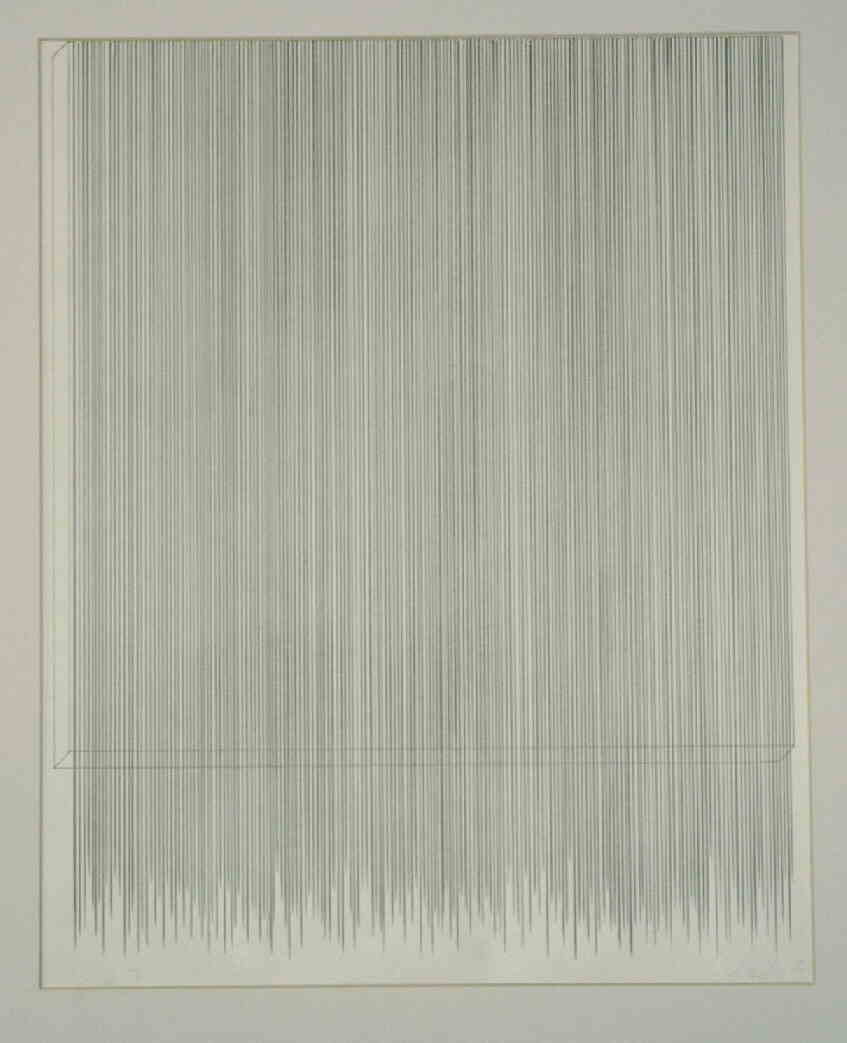 
After studying art in Wismar and Berlin-Weissensee, Günther Uecker left East Germany in 1953 to continue his training at the Düsseldorf Academy of Art. It was there, in 1957, that his first nail-paintings were made. These works, designated Clouages, possess a rhythmic articulation that engenders a highly differentiated play of light and shade, as seen for instance in Great Spiral 1, a nail-painting of 1968. Here Uecker consciously disposed with color as a compositional means, instead creating an effect of space and movement solely by means of the spiral arrangement of innumerable protruding nails. For Uecker, the nail is the basic element in a personal visual language. Like the point of a sundial, each nail casts a shadow, and in combi- nation these shadows produce complex and continally changing textures that are entirely uncorporeal. In 1961, the year he executed Nail Relief, White - White, Uecker said of his work, "My attempt to activate a real space by means of structural sequences, to make it tangible as a state of purity of an objective aesthetic, led me to new means of composition. When I use nails as structural elements I do not wish them to be understood as nails. My concern is to use these means and their ordered interrelationship to engender a vibration which disturbs their geometric order and is capable of irritating it. The white objects should be understood as a state of extreme intensity. [objects) which are in a process of continual change as a result of light reflections." That same year, 1961, Uecker joined the Zero group, and alongside Otto Piene and Heinz Mack began to play a leading role in its activities. Participation in documenta III, held in Kassel in 1964, and in exhibitions in London and New York, brought Ueckers international breakthrough. Today he is among the best-known of German contemporary artists.
Are you Günther Uecker?