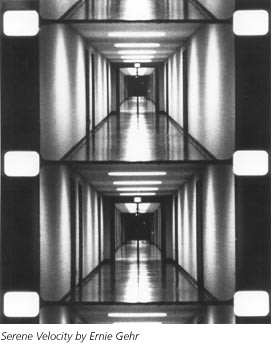 
Ernie Gehr is an American experimental filmmaker closely associated with the Structural film movement of the 1970s. A self-taught artist, Gehr was inspired to begin making films in the 1960's after chancing upon a screening of a Stan Brakhage film. Gehr's film Serene Velocity (1970) has been selected for preservation in the United States National Film Registry. Gehr served as faculty at the San Francisco Art Institute. His films are distributed by Canyon Cinema in San Francisco.
Are you Ernie Gehr?