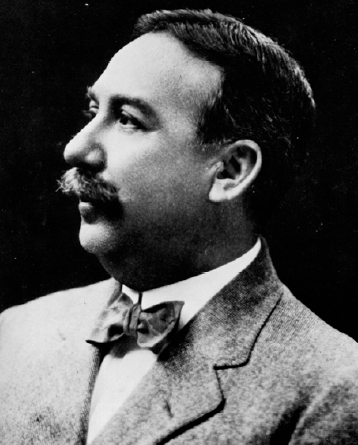 In the late 1890s Porter worked as both a projectionist and mechanic, eventually becoming director and cameraman for Thomas Edison and the Edison Manufacturing Company. Influenced by both England's "Brighton School" and the story films of Georges Méliès, Porter went on to make important shorts such as Life of an American Fireman (1903) and The Great Train Robbery (1903), one of the cinema?s first Westerns. The latter was also groundbreaking for its use of "cross-cutting" in editing to show simultaneous action in different places. He also directed trick films such as Dreams of a Rarebit Fiend (1906), based on the comic strip by Winsor McCay.


In these films and others, Porter helped to develop the modern concept of continuity editing. He is often credited with discovering that the basic unit of structure in film was the shot rather than the scene (the basic unit on the stage), paving the way for D.W. Griffith's advances in editing and screen storytelling. Porter, in an attempt to resist the new industrial system born out of the popularity of nickleodeons, left Edison in 1909 to form his own production company which he eventually sold in 1912.

He became an investor in Adolph Zukor's company Famous Players, predecessor to Paramount Pictures, for which he directed several features starring Pauline Frederick and Mary Pickford. He left film directing in 1915 to invest in the Precision Machine Corporation, a manufacturer of movie projectors, of which he became president.
Are you Edwin Stanton Porter?