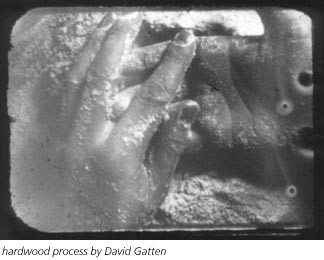 
David Gatten is an American avant-garde filmmaker. Gatten was born in Ann Arbor, Michigan in 1971. His films often employ cameraless techniques. For example, to produce What the Water Said, Nos.1-3, Gatten placed unexposed rolls of film in crab traps in the Atlantic Ocean off the South Carolina coast. The resulting sounds and images were produced by the physical and chemical interactions between the film's emulsion and the surrounding salt water, sand, rocks, crabs, fish and underwater creatures.
Are you David Gatten?