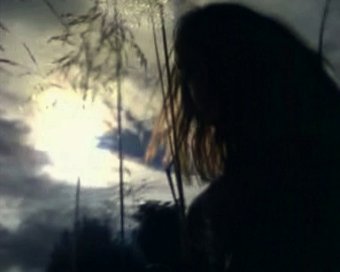 
Is an artist and filmmaker. Her work deals with the fluid relationships between fantasy and reality, imagination and the real world. In a recent film, Lambeth Marsh, and an earlier work Headcase, the rural or semi-rural landscape represents the imagination. Clio is making the short film Flood with FilmFour Lab, which explores the themes of submerged memories and a buried past. To be filmed on location at a flooded valley where a village emerges at times of drought. Clio will make a short film during her time at Grizedale. Clio's work deals with the relationship between documentary and fiction, in particular the subjectivity of recollection. She often constructs fictional images around verbatim audio and visa versa. Gallery installation works include: Road Race (2004), Hard Cut (1999). Single screen shorts include: Flood (2002), Lambeth Marsh (2000), Random Acts of Intimacy (1998). Clio Barnard is one of the winners of this year's Paul Hamlyn award for artists. She was awarded the Paul Hamlyn Award for Artists in 2005. Her film/video installation Road Race, was exhibited at Platform Gallery, London 2005 and will be shown again as part of a solo show, along side her new work currently in production in March 2007. Hermaphrodite Bikini was included in a retrospective exhibition at Tate Britain, A Century of Artists? Film and Video. She has developed several feature films including Sleepwalking with Film Four and Rooftop with BBC Films and the New Cinema Fund. Previous films have screened at many international film festivals including: Flood, which was in competition at Berlin FF and broadcast on Channel 4. Lambeth Marsh showed at Tate Britain, was released theatrically with The Low Down, (Dir. Jamie Thraves), and broadcast on Channel Four; Random Acts of Intimacy (BFI New Directors ?98) received a Special Jury mention at Edinburgh Film Festival 1998, was released theatrically with The Loss of Sexual Innocence (Dir. Mike Figgis), and screened on Channel Four. She graduated with a first class (B.A. Hons) with distinction in Fine Art and then went on to a post-graduate diploma in Electronic Imaging where she made Dirt and Science, which toured internationally as part of the ICA Biennial of Independent Film & Video, Between Imagination and Reality curated by Tilda Swinton.
Are you Clio Barnard?