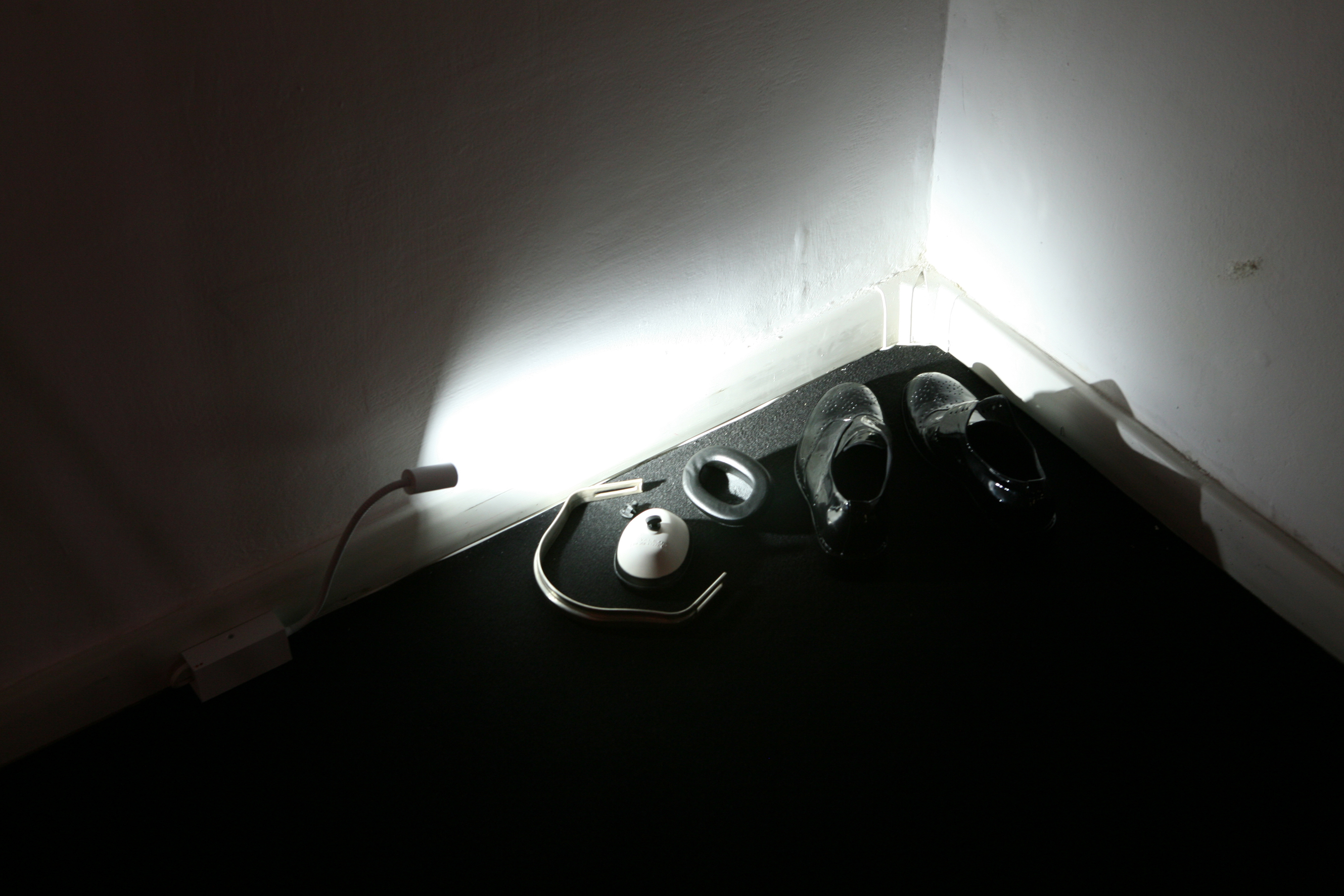 
Job is my Danger. It sounds both serious and ironic. It sounds like the title of a 1970s Punk song, but it also alludes to a very true dimension: the danger of images, of their unveiling and, therefore, of the possible failure that nestles within. For his second solo show at Monitor, we are pleased to present new work by Antonio Rovaldi, fruit of a year of study and research.

Job is My Danger is both the title of the show and of the video, the exhibition's protagonist which was filmed entirely in the marble quarries of the Apuane Alps. The video tells of a descent into the earth's bowels, of the warm notes of a saxophone which caress the stones, and of the human desire to translate a feeling into image. Inside, there is fear, the danger of failure.

'Imagine a world comprised solely of images': intuition and its evolution are also born from this phrase, written quickly in white chalk on the ground of an abandoned parking lot in Philadelphia and discovered by Rovaldi during one of his journeys. 'Danger is my job' is a motto belonging to our most ancient memories, and it is also a memento written in red lacquer at the entrance of one of the quarries of the Tuscan Alps. The artist does nothing more than appropriate it, ironically capsizing the meaning: Job is My Danger, as if to say, in the end, the danger is also that of collecting an image without holding on to it, letting it slide away silently.

Rovaldi's entire exhibition is a voyage for images which flower from the darkness of an almost Platonic cave, almost the epiphany of an initial journey whose end is not traced upon maps, in which losing and finding oneself is already the goal's conquest. The small and precious ceramic works that counter-balance the video are almost work instruments, vestments that refer to a memory, like presences that emerge from obscurity and which immediately, inevitably, become something else?
Marta Silvi
Are you Antonio Rovaldi?