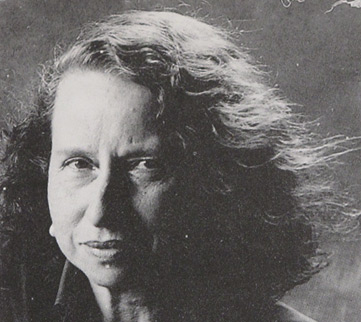 
Anna Bella Geiger was born in 1933, she lives and works in Rio de Janeiro where she was also born. Her work is characterized by the use of language and different media. She studied literature and in the 1950s she began her studies in studio art at the Fayga Ostrower Institute in Rio. In 1954 she moved to New York where she took classes at the Metropolitan Museum of Art on Art History. Geiger returned to Rio the following year and in 1965 she participated in the workshop Gravura em metal do MAM, where she began teaching three years later. In 1969 she move to New York once more and taught at Columbia University. She moved back to Rio in 1970 and in 1982 she received the John Simon Guggenheim Memorial Foundation grant in New York. Her work in the 70's consisted of experimental language usage after going from informal Abstractionism to figurative Abstractionism. Geiger worked from photoengraving, montage, video and photocopying such as in O Pão Nosso, completed in 1978, made in 5 editions of original photographic postcards; it is currently owned by the Tepper Takayama Fine Arts in Boston Massachusetts. Anna Bella Geiger is an important artist active since the 1960's. Following the warm reception of her early photographic work, she expanded her range, becoming one of Brazil's pioneers in video art. Her most recent work was her 2004 exhibition at Paço Imperial, entitled Obras em Arquipélago, a sublime composition uniting the language and design of cartography with the geography of the human body.
Are you Anna Bella Geiger?