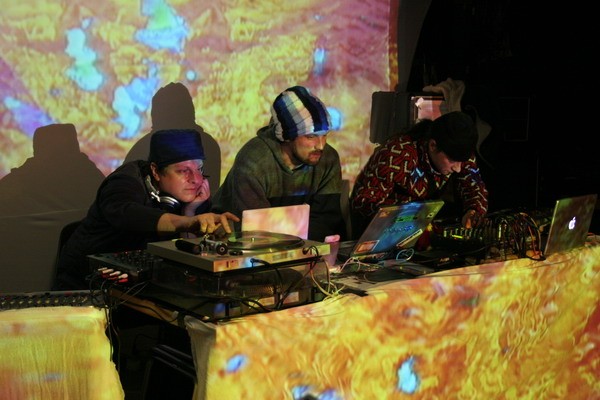 
Amoeba is a collective of video artists, filmmakers and experimental musicians who are active in NYC and worldwide.

Amoeba is primarily concerned with the transcendence and alteration of ordinary reality and consciousness through the manipulation of sound and light waves. Extensions manifest into the physical realm through the creation of structures and environments reflective of the theories thereof. Amoeba has been engaged in a broad spectrum of activities, including: recording projects, live performances, installations, psychoacoustic research and multimedia productions.