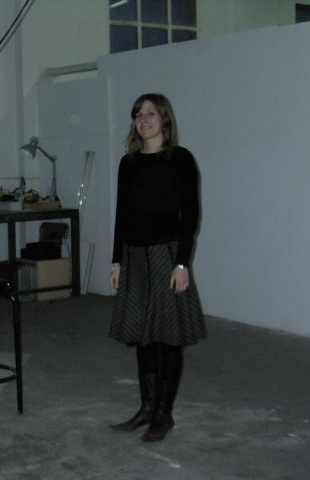 
Alexandra Navratil´s work examines historical and political concepts of perception and their correlations with systems of representations in cinema, architecture and politics. Her works in various media such as photography, collage and video, are deliberate constructions, which attempt to undermine the authority of the image by questioning the means and mechanisms of its production and the codes of its representation. These underlying structures are made visible within the works.

Alexandra Navratil graduated with an MFA from Goldsmiths College in London in 2007. In 2009 she won the Swiss Art Award and the Prix Mobiliere Young Art and has been artist-in-residence at the Irish Museum of Modern Art in Dublin (IMMA).
Are you Alexandra Navratil?