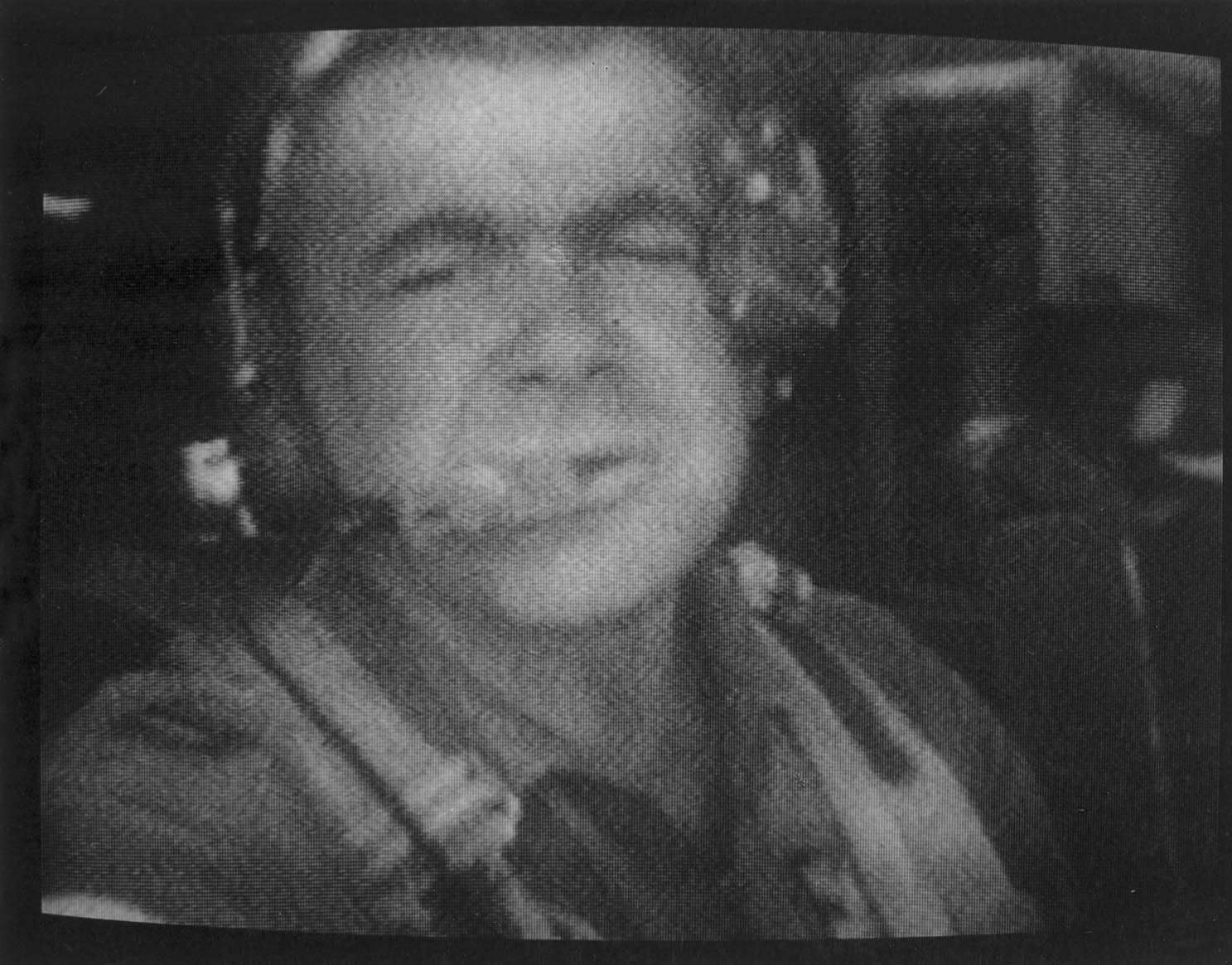 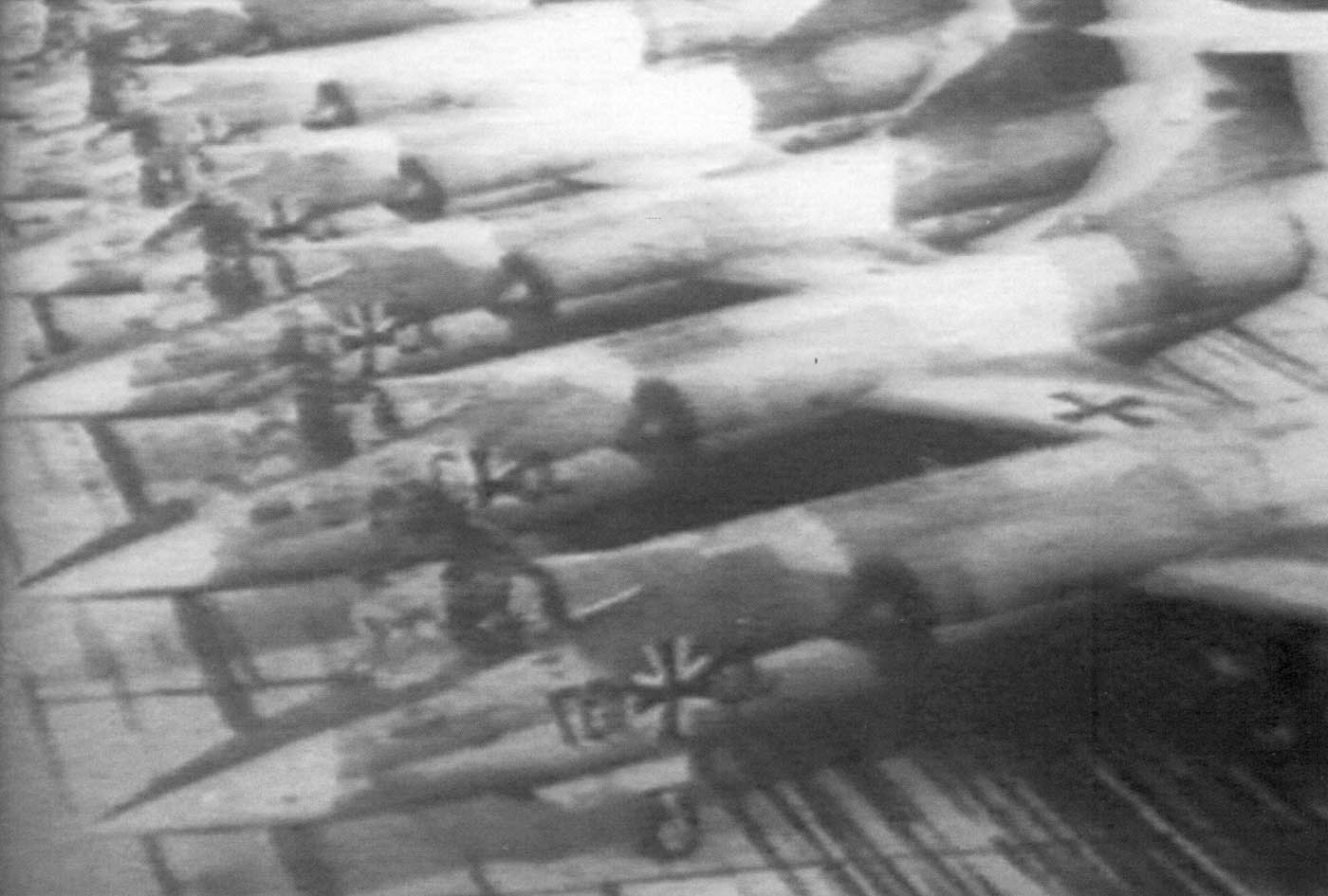 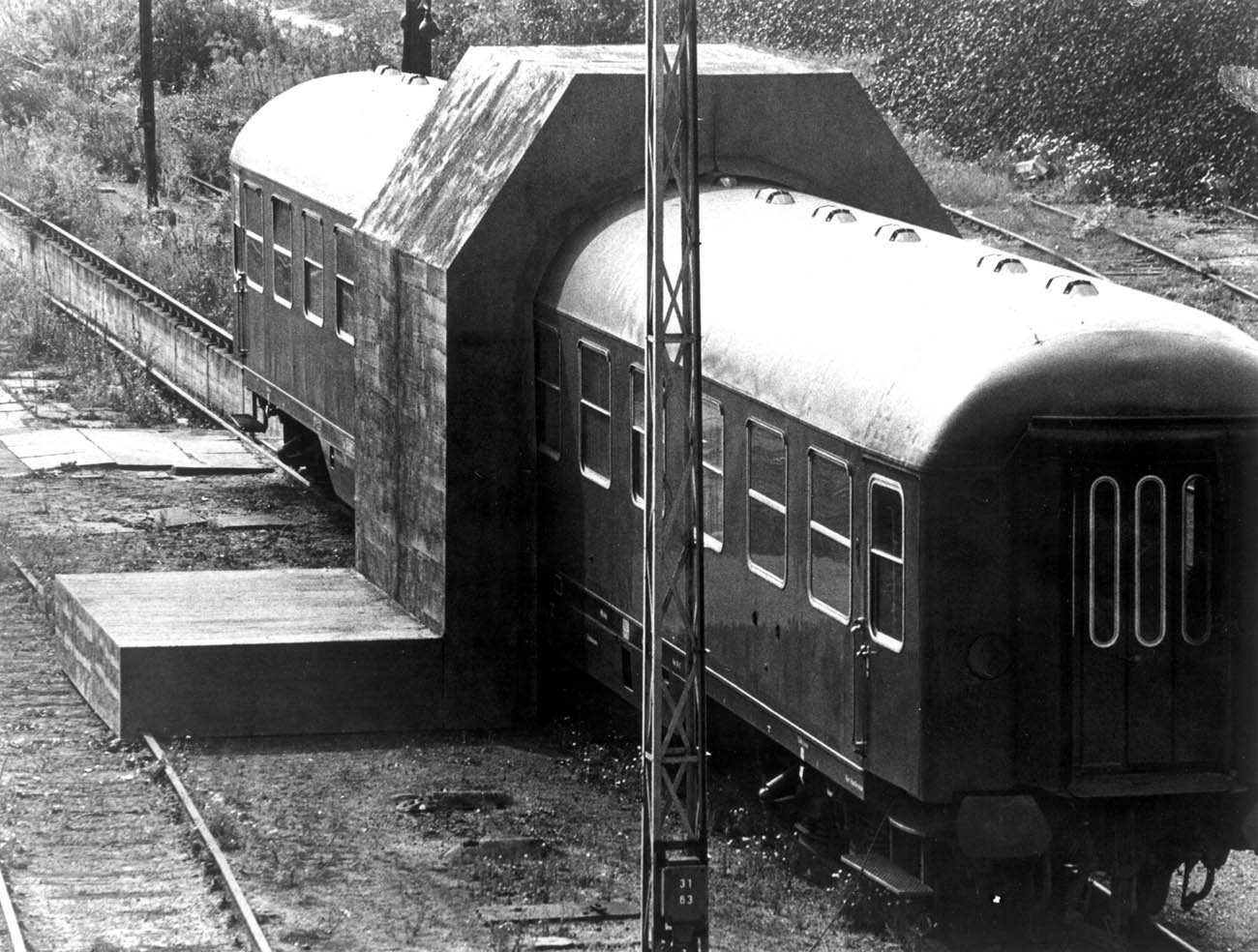 Father of videoart as political tool: The first video activist


Wolf Vostell’s Sun in Your Head (Fluxfilm nº 23,1963). Startfighter (1967) and Vietnam (1971) share some affinities that go beyond the fact that he appropriates television images in all of them – as he did with newspaper images – bringing his unique concept of de-collage into the world of moving images. They might be seen as a trilogy that stands apart from his other films and videos, such as Desastres (1972) or Brotvermessung (l969), in which the artist documents a performance around the Opera House in Köln, included in the video section of this exhibition.

Documenting his time, today remembered for the Cold War and the explosion of mass culture, in these films Vostell anticipates a concept that has much later become almost indispensable in explaining certain works of contemporary art known as “appropriation.” LikeNan June Paik's Zen for Film (l962-l964, Fluxus-Films 1), this trilogy is based on the concept of the found-object – a Duchampian legacy in the spirit of Fluxus. Yet Vostell took the idea of “found object” even further, endowing the appropriated and re-combining ordinary images with a critical and aesthetic power.

Unlike Paik's seminal work, Vostell ’s Sun in Your Head is not an object of contemplation, but rather an object of social-political critique, including the role of media. In this context, Vostells first and implausible film (as well as the two others) are closer to Jean Baudrillard´s (Requiem for the Media (l972) and other books) than to Paik's Zen for Film, despite their inclusion in the Fluxus Films Anthology and the fact that both works were made almost at the same time.

The l960s is celebrated as a “renaissance period” in experimental cinema, a period in which some of the most influential avant-garde works were produced. Musicians, poets, painters, sculptors and filmmakers living in the post-World War II era “attacked the film, scratching it, baking it, dyeing it, or using outdated stock just for the sake of design,” to create a different viewing experience “that reminded the audience that they were witnessing a plastic construction…”[i]

The list of those who created an alternative discourse both in art and cinema is long and includes, among many others, Andy Warhol, Stan Brackage, Michael Snow, Barbara Rubin, Robert Beever, Stan Vanderbeeck, George Maciunas and the Fluxus artists who produced countless film works —the official Silverman Collection inventory alone lists 41. Maciunas’ fascination with cinema and its history strongly influenced the artistic activities of the Fluxus artists. Yet these three films by Vostell subvert several cannons of most Fluxus films in particular, and of experimental films in general.

Vostell did not have, for instance, the clinical, detached gaze of Warhol (never associated with Fluxus), nor did he have the humor inspired by that of Buster Keaton or Charlie Chaplin, comedians who stimulated certain Fluxus Films such as Paul Sharits' Unrolling Event (l969), which shows a single-frame exposure of a roll of toilet paper, or Yoko Ono's Fluxus nº 4, (l966), which captured sequences of buttocks moving as various performers walked. For Bruce Jenkins, in his essay Fluxus Films (The Spirit of Fluxus, l963), of all the Fluxus films, it is a piece by Eric Andersen, Opus 74 version 2 (Fluxfilm nº 19, 1965), a short film that shows the “other side” of television - or the apartment where the TV is located - that is closest to Vostell’s Sun in Your Head.

Vostell was not interested in comedies. He uses TV images in a very innovative way for his time, making a direct commentary about the mass media society that had just begun to rear its head in the Western world and about the war, a theme found throughout his work. These three films (which were later transferred to DVD) consist of clips from different sources that he filmed “live” from German television. Later, he distorted and re-combined various fragments into a personal discourse.

There is a bit of everything: news pieces from the evening program “Magazin der Woche,” street demonstrations and political meetings, or TV documentaries. Sun in Your Head, for instance, ends with a sophisticated montage of TV documentaries about the US Army in World War II. A pioneer in the process of combining and transforming banal media images into film de-collages, Vostell produced a powerful visual document on the onset of a media society. This exotic mixture is, perhaps, more relevant than the distortions of the images or the inclusion of elements inherent to television esthetics such as the black bars. It is here that Baudrillard comes into play again.

Watching these three films, what comes to mind are ideas about the content of media, that “information does not inform,” nor the alienation of the masses, all found in several books by Baudrillard published up to 1990, after which point he no longer considers the media as worthy of analysis. Talking about the media, directly or indirectly, he always looked for a radical difference.

One way to achieve this was to create exotic expressions, avoiding the usual sociological jargon such as “Hepatic Brute” or “Eclectic Paranoiac” (Cool Memories II), expressions that were impossible to be translated back into sociological jargon.[ii] For him, the only way out was to be “absolute exotic” in the sense that something supposedly familiar (in Baudrilliard’s case, sociology) becomes un-recognizable. As he saw it, difference triggers originality.

Vostell found this “radical difference” by staying outside the cannon of experimental films from the l960s, by Fluxus artists or otherwise. If the themes were humor, abstraction, the lyrical, formal modernist elements, the poetics of urban space and so on, Vostell (like Baudrilliard) rejects the traditional view of the media as information. He turned information upside-down and transformed events that were transmitted in a linear fashion, in a kind of information that was inaccessible, or exotic, to the viewer.