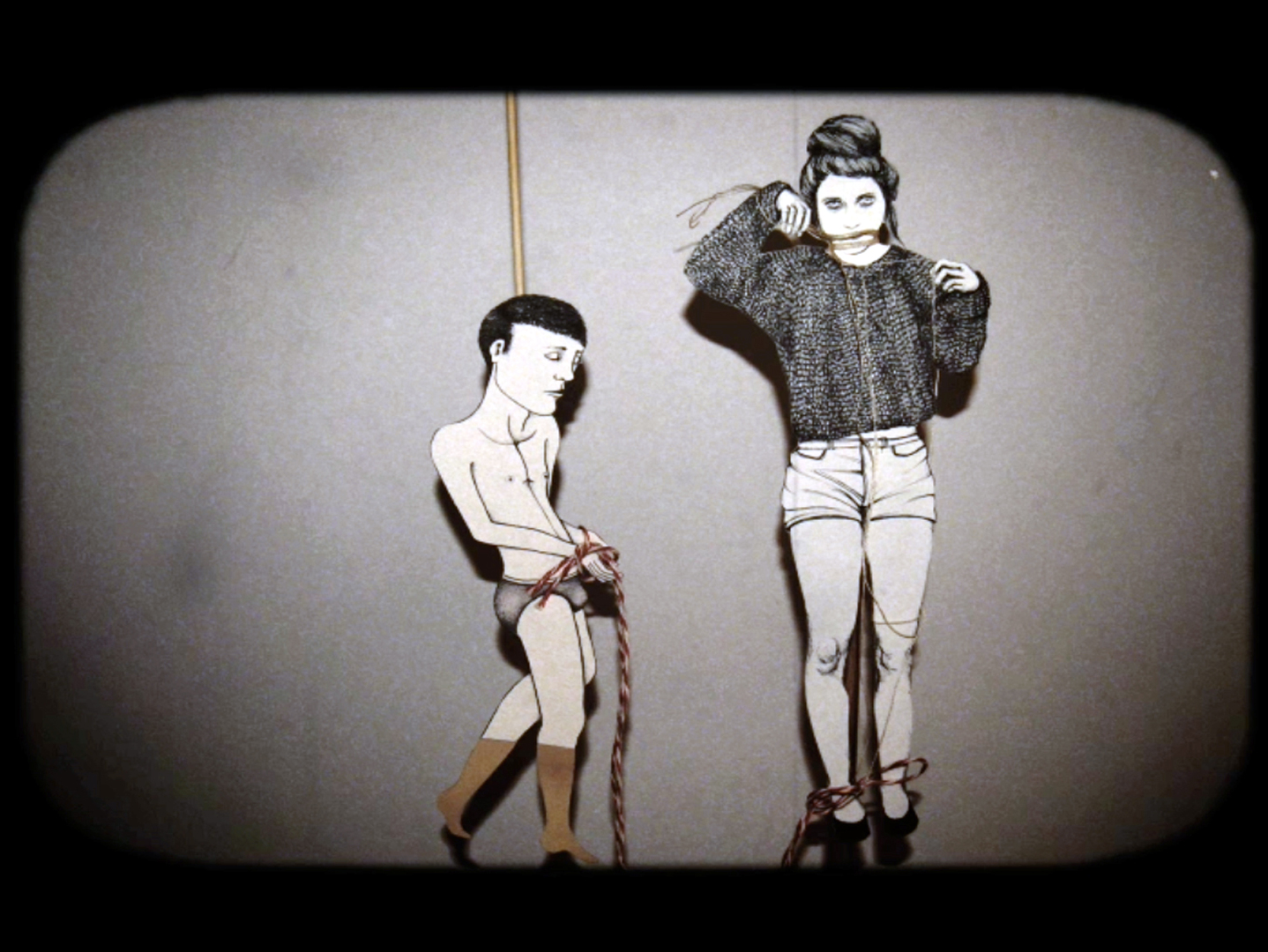 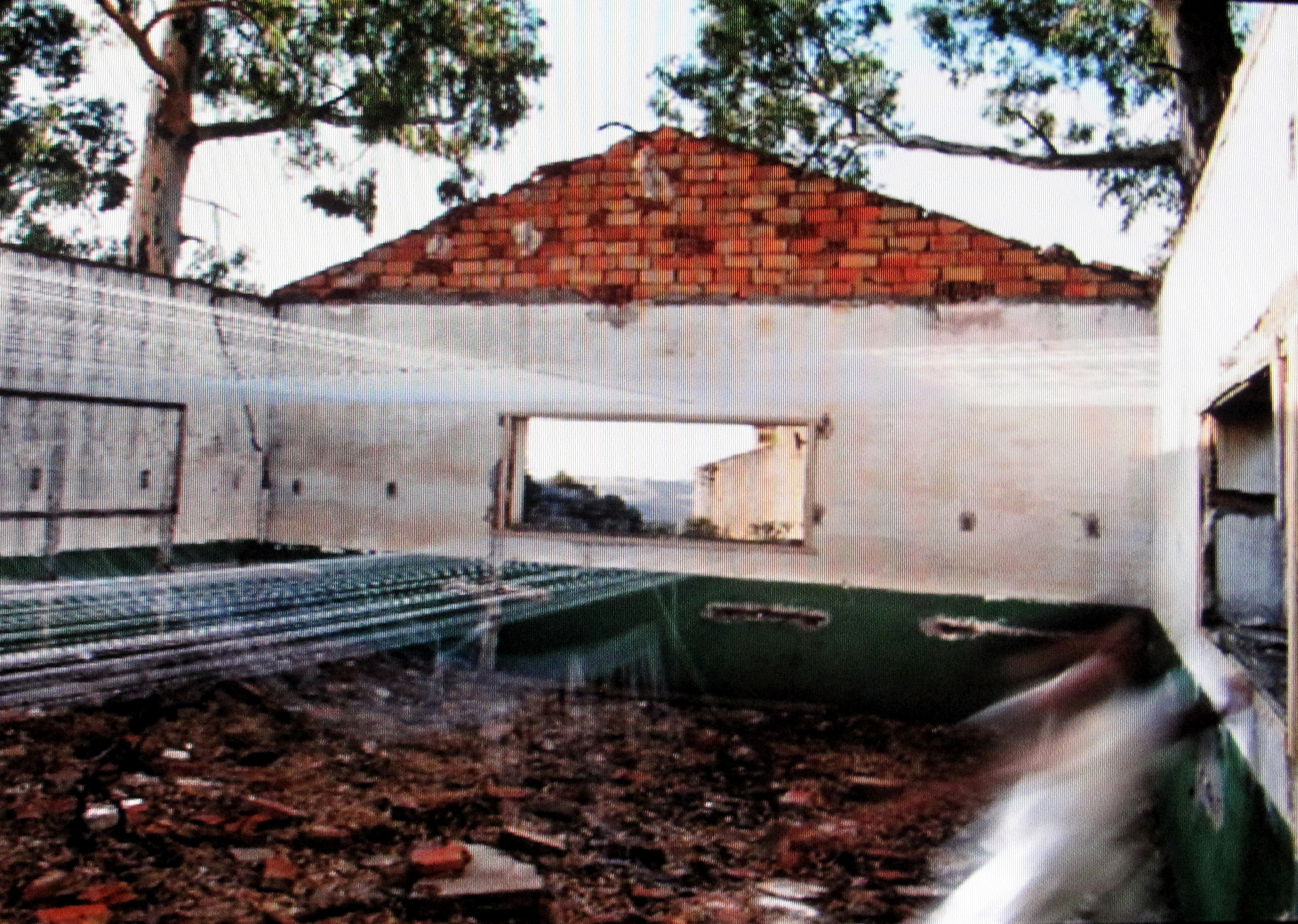 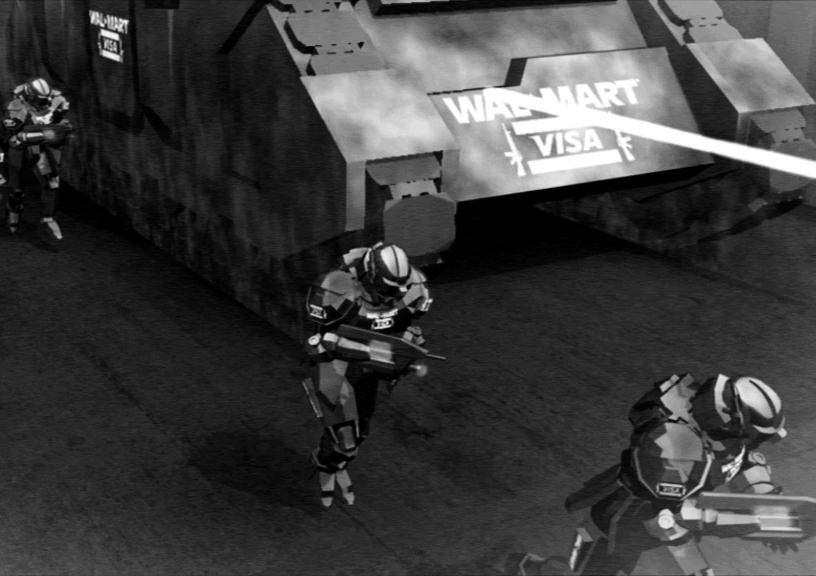 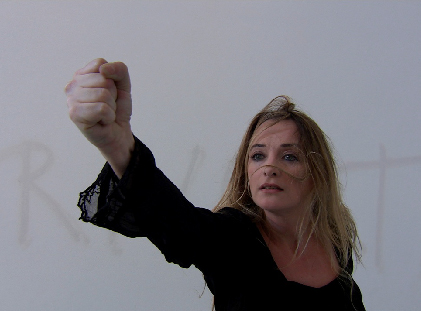 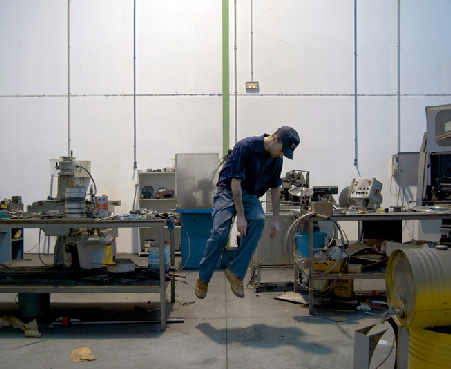 May 24th, 25th and 26th 2012
Circuit of 22 Art Galleries from Madrid
In this occasion, VIVA collaborates with Imagery Affairs to develop VIVA OFF Madrid, a parallel project from VIVA towards the promotion and support of the audiovisual medium. It involves a circuit of 22 art galleries in Madrid, which during those three days, will exhibit contemporary audiovisual works.
This program, designed by Macu Moran, was carried out with the support of VideoArtWorld, ArtConsultant, Digits without Borders, the Ministry of Education, Culture and Sport of Spain and 22 galleries of the city of Madrid.
Organization: Macu Moran
Comunication: Ted Delano
Coordination: Amparo Lopez Corral
--------------------
Aranapoveda
Lope de Vega 22, 28014 Madrid
Guillermo Martin Bermejo & Rosana Antoli - The Carradine Kids, 2012, 1'50"
In reference to David Carradine, and his 'rugged' death, pictures of women players by Rosana Antolí seek interaction with the anxious children by Guillermo Martin Bermejo, in a desire to experience and seek together new risky forms of pleasure. It is therefore an ode to the death and resurrection. A mirror of a generation defined not temporarily, but by avoiding sexual games evades, and place the viewer in a voyeuristic position, becoming the observer of the atrocious maneuvers masturbation. The drawings leave the flat support to interact with each other or even with machines, in a romantic at heart scenario, which emphasizes this almost theatrical drama.

The constant search for new experiences through drawing, has joined the career of of artists Antolí Rosana(Spain, 1981) and Guillermo Martin Bermejo (Spain, 1967) in the project “The Carradine's Kids”.

Asm28
Orellana 10, Bj., 28004 Madrid
Elina Talvensaari & Mauro Fariñas - How to pick berries, 2010, 18' 45"
Economy is stranger than fiction. Visitors from a distance appear hazy in the swamps of northern Finland. The growing concern among the locals - things are changing, they discover the secret places of berries and everything becomes uncomfortable. Who is to blame and who is benefiting from this? “How to pick berries” is an exploration of the Finnish mind and the absurdities of the world economy.

Mauro Fariñas (Madrid, 1982) graduated in Fine Arts at the University of Cuenca in 2005 and earned his MBA at the Art Academy of Helsinki the following year. He has benefited from support from the Youth Institute of the Community of Madrid, Spain and the Photography Council of Finland, among others. His photographic work is regularly exhibited, mainly in Finland and Germany.

Monte Esquinza 8, 28010 Madrid
Almale Bondia - Insurmountable, 2010, 3 ́39"
The first step toward an organized space is the definition of a territory. The border is the most basic element in any landscape, which protects and excludes. Controls and the signs assure the surveillance. This piece is at the Spanish-French frontier, between Canfranc and Le Pas d'Aspe, to question the political role of the landscape and challenge the concept of "insurmountable", title of the video.

Exploring the perceptual mechanisms that build the scenery is the central issue of the common project that in 2002 joined Javier Almale (Zaragoza, 1969) and Jesus Bondia (Zaragoza, 1952). Through photography and video, both artists make ​​work that conceptually and artistically addresses the task of "reinventing the dramaturgy of landscape."

--------------------
Blanca Berlin
Limon 28, 28015 Madrid
Linarejos Moreno - Architectural Intersections II, 2011, 50' loop
The video “Architectural Intersections  II” is comprised of 68 high resolution pictures showing action taken by the artist in an abandoned mine at dawn. Inspired by a mechanism of scientific proof of the nineteenth Century, Moreno projects through threads forms of the architectural elements of the building, in its opposite wall. The result is the intersection of these geometric figures in space, some delicate "tunnels of threads" that provides the ruin with a new temporary significance, until the artist makes them disappear. The work is performed like a ritual, slowly cutting the wires and capturing the fall of the fragile fibers. The purpose is supported by the stills taken of slow poses, which dismisses the importance of the human figure as a mere ghostly entity.
Linarejos Moreno (Madrid, 1974) seeks architectures steeped in history to lift them briefly out of their role and turn them into places where the ritual is mixed with the past and its personal memory in a kind of living space open to multiple narratives.
--------------------
Blanca Soto Arte
Alameda 18, 28014 Madrid
PSJM - Corporate Armies, 2008, 2'44"
As a trailer, "Corporate Armies" anticipates a pattern that simulates the procedures used by the factories of the entertainment market when launching its multimedia products. In this story, made in 3D, describes a world governed by corporations where marketing and totalitarianism unite to create a dystopia. Pursuing the audience in thinking about the fate of global capitalism, once freed from any limitations imposed by democratic institutions.
PSJM artistic team is composed of Pablo San Jose (Mieres, 1969) and Cynthia Viera (Las Palmas, 1973) operating from Berlin. PSJMbehaves as a trademark of art posing questions about the work of art on the market, communication with the consumer or function as artistic quality, using communication resources of the spectacular capitalism relevant to the paradoxes produced by its chaotic development.
--------------------
Capa
Claudio Coello 19, 28001 Madrid
nadamasmate M. Nogueiras y J. Adan - Without Titles, 2009, 1'55"
The video sets a particular treatment of artist's desperation to pass into different art scenes, using a humorous tone.

nadamasmate group arises in 2009, through the collaboration of Mayte Nogueiras (BBAA- UCM) and Julio Adan(BBAA - UCM and Camberwell College of Arts, London). It has exhibited in venues such as Midi Girl, Gregorio Prieto Museum, The Clock House or Fotojaen11.