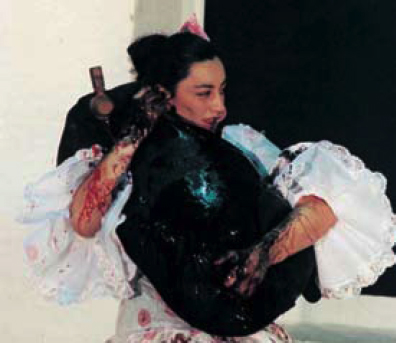 The Goat by Pilar Albarracín courtesy of Filomena Soares 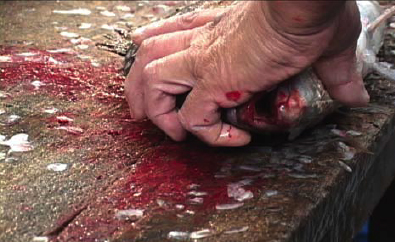 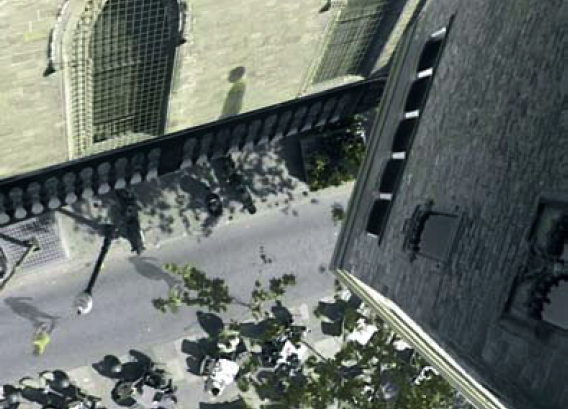 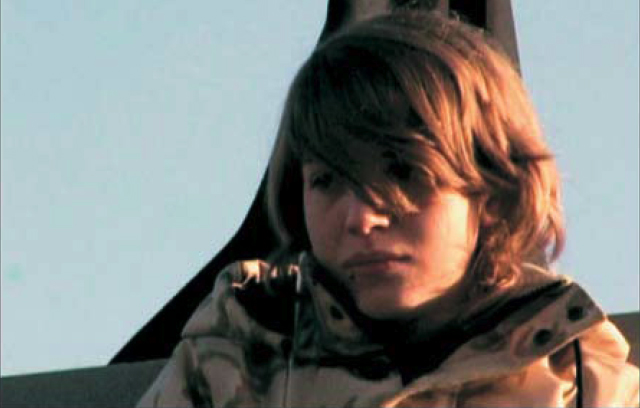 
The fourth edition of LOOP Barcelona consolidated itself as a cultural event and international meeting point for fans, professionals and collectors of video.

LOOP takes place this time in the month of May -last editions took place in November-, what adds to the ample summery climate that at this point is enjoyed in the city, aspiring to surpass the 6,000 visitors of its last edition.

Around 40 international galleries display videos of worldwide artists in a new location: the rooms of the centric Hotel Pulitzer.

Next to works of consecrated artists LOOP offers the opportunity to discover new positions, like the French Tania Mauraud (Galerie Dominique Fiat, Paris), along with the Spanish artist Pilar Albarracín (Filomena Soares, Lisbon) or the North American Allan Sekula (Christopher Grimes Gallery, Santa Monica). This last one continues his exploration on the new geography of the marine commerce, with a documentary work on a market of fish in Tokyo.

Some pieces to emphasize are, for instances, the proposals of the young Israeli artist presented by Galleria Pack, Ofri Cnaami and also the 3D drawings by the Spanish Arturo Fuentes in the space of Galeria Lluciá Homs who actually received the Prize of this year's edition.

As Carlos Durán (one of the directors of the fair) indicates, LOOP is a great platform for the diffusion of videos, specially for those galleries that presents its worldwide premiere presentation of the latest videos from their artists. In this regards, we need to mention that half of the galleries present in this edition brought unpublished works to the fair.

Thus, the Catalan galleries Joan Prats and Dels Angels, display here the last works of Alejandro Vidal and Jaime Pitarch, respectively, whereas M+R Fricke displays the work “Remember me”, of David Krippendorf, gorgeous collage made with fragments of horror films.

German galleries DNA and Art Agents released “The Milkmaid” of Mariana Vassileva and “Sleepers” of Johanna Domke -her hypnotic last work- in which the young German artist moves the camera through the British Stansted Airport, observing the travellers who, present in this “Nonplace” of other people's to the outer time, sleep waiting for their low cost flights.

Like in previous years, the Barcelonan museums and galleries support with their program the event. Thus, CaixaForum and Casa Asia present individual cycles of projections and conferences with Nam June Paik as a central subject. In the foundation, on the other hand, you could also see a great exhibition of Douglas Gordon, whereas in the Ateneu, are the works of the British artist Sarah Morris.

Not far from there the CCCB presented a varied program, including a Cuban cycle of Videoart, a selection of the best works displayed in the last festivals of Athens and Santiago of Chile, as well as “Jukebox with videos of international artists like Clemens von Wedemeyer, Ulrich Polster or Regina Galindo.

Few Barcelonan galleries add exhibitions with videoart as protagonist, -among them stands out the delirious work by Federico Solmi “King Kong the end of the world” in Galeria ADN. Finally, spaces as the Cinema Casablanca and FNAC complete the enormous supply, with the projection of the last work of Matthew Barney, “Drawing Restraint" and videos of the Community of Madrid collection respectively with works by Kaoru Katayama, Txuspo Poyo, and a long etcetera.

Before the proliferation of fairs and biennials anywhere in the world, LOOP presents an original alternative for the fans of videoart. As collector Jean-Conrad Lemaitre points out: "Video requires special conditions of visualization and spectator needs certain privacy to view it. Similar to a house living room, where we normally watch videos and films, the rooms of a hotel are quite comfortable spaces, and more adapted than a traditional fairs for the projection of videos”.

For the galleries, LOOP also constitutes an important meeting point for related contacts. "Organization's primary target must be in favour for the contacts with collectors and commissioners", indicates Carlos Durán.

In fact, this year, an important effort has been made through a wide Collector's Program and key conferences and debates in the subject, including talks by Christina van Asche -Centre Pompidou-, Tony & Heather Modesta -North American collectors- and Mark Nash, among others. Hopefully this effort was appropriately translated in sales.