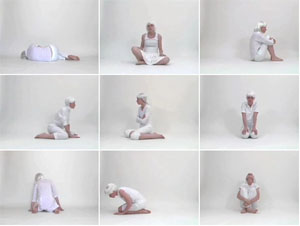 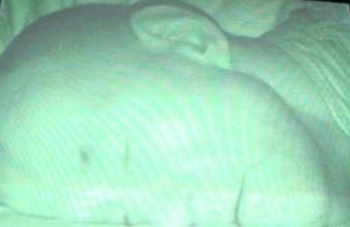 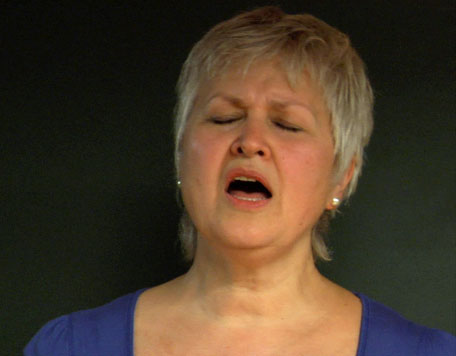 
The Digital and Video art Fair (DiVA) once again was held at the Kube hotel in Paris from the 24 to the 27 of October 2008, gathering leading galleries in field. This year's edition, as the DiVA fair curator Macu Moran described it, "resulted in a real orchestra for the senses".

There was a 'Fluxus' flare in the hotel those five days, introduced by the initiative of having a special tribute to one of the Fluxus movement’s founder and one of the most well known pioneers of video art, Wolf Vostell. The tribute was graced by the presence of his son Rafael Vostell and the art critic Alanna Lockward in a discussion panel moderated by Macu Moran. There was also a continuous viewing during the fair of Wolf Vostell's body of work.

Some of the exhibitor galleries at the fair wanted to respond to this tribute to Wolf Vostell and to the pioneers of video art. For instance, the gallery Widmer + Theodoridis Contemporary from Zurich felt inspired to include the latest video installation work by H + T Steg Mayer; a special three part project revolving around collecting-fetish issues in a sort of special homage to the work of the Austrian and American Fluxus artists.

'Sleeping artists' reenacts some of the performances, films and videos of the Fluxus period such us the famous 8 hour film 'Sleep' by Andy Warhol. As well, this video installation reminds us of some of the performances by the Fluxus components. The artists, H + T Steg Mayer, have recorded decades later 7 Fluxus artists. In these series of videos presented inside of TV monitors, on the floor, facing up, in the most pure Fluxus style, we can watch important figures from the Fluxus movement sleeping.

H + T Steg Mayer's piece opens up the question of the role of collecting art in the preservation and the establishment of art which in the case of Digital and Video art becomes a very delicate and crucial subject of reflection at an art fair like DiVA.

From an opposite point of view we have a more universal and less private position towards art: the first TV channel broadcasting 24/7 program of art videos, an open door into the future when video art enters our homes, Souvenirs from the earth.

If the Fluxus movement predicated an open approach to art and the medium, seing Technology was a new tool to explore new languages, an open door. A similar kind of spirit can be found in the contemporary artists Margeaux Walter and Valery Hird from the Norah Haime gallery, N.Y. In their work both artists use without prejudices all different mediums and disciplines combining writing, water colors, pencils, old illustration techniques with the latest technology to convey their messages.

The Gallery Isabel Hurley from Malaga contributed in a way to Wolf Vostell's tribute by bringing together with her very young, fresh and vibrant artist selection, a veteran of the arts, Paloma Navares, who was once an acquaintance of the Fluxus group and a close friend with Wolf Vostell himself. After 30 years in the art world and with 40 exhibitions on under her belt on this occasion delighted us with delicate and powerful images and committed content.

Her work came together wonderfully with the other pieces that the gallery selected for the occasion. The sensibility of the different pieces and the unity of the work is noteworthy, with each piece seemingly balanced to the other.

Some of the art works presented by the gallery were very intimate, taking you to a contemplative introspection as in the video 'Candor' by Luis Amavisca or as in 'Off line' by Elena Renderios, where pain and interior worlds are exposed. Others were mysterious and abstract like in the mystifying video by Christina Lara, and as a group they were all formally exquisite.

With a representation of many countries, different and common issues where proposed by the artists and galleries such as isolation, loss of identity, globalization and the recovery of a more spiritual and grounded kind of poetics.

The isolation from each other in the contemporary postindustrial society resulting in a loss of individual identity and even more the loss of a sense of community, is explored by very different artists at DiVA. In Margeaux Walter's videos and holograms, isolation and solitude appear as a consequence of separation. Obsessively, Walter portraits her army of clones of herself marching in rows or inside boxes; each individual exactly like the next one but separated from each other. Despite the very playful and attractive futuristic look of her work, the sense of anguish becomes clear; the loss of identity and the lack of interaction with each other in the new digital society.

Ursula Groser also approaches isolation in contemporary society, but in her case as a result of conglomeration. In her video animation of still images people walk in different directions over a white background. As more people come inside the frame, the screen starts becoming a black mass till it becomes a black hole. As the video progresses and more people are interacting in their separate ways within the same space, the aggressivity augments.

The need and search for a cultural identity in contemporary societies is one of Katarina Zdjelar’s main subjects in her video works. The solo artist presented by the gallery Mirta de Mare from Rotterdam has explored extensively this matter in her work armed with a rigorous critical thinking despite the very innocent and candid feeling in her videos. Her enchanting main piece 'Everything is gonna be' captivated the public from a distance by the calling of its mesmerizing song when walking through the corridor of the Kube Hotel. A traditional folk chorus from Scandinavia is rehearsing a song by the Beatles and in trying to follow the lyrics in a foreign language each individual in the chorus is shown from a close and intimate point of view. The look in their eyes seems lost in the horizon searching for something far away as if they were trying to read the lyrics somewhere behind the camera. One watches each of them in their singularity and their small gestures trying to follow the words making an obvious effort to sing together in a nonfamiliar language. In their attempt to be part of group, and through a nonverbal language, the most innocent and personal traits of the singers surfaces leaving you with a smile.

Arka Gallery from Vladivostok brings a new air to this show; a different tone and a different sense of esthetics. Olga Kisseleva, one of the artists featured at this fair, also touches on the issues of cultural identity, but in this case by presenting us with the historical polarity between Soviet-Russian and western propaganda and ideology in a post cold war society. In her installations where she uses all different mediums often hidden messages of American and Soviet propaganda appear which can only be disclosed by very advanced technology. In this very elaborate and captivating work we can find a great deal of candid irony as a way of resistance to globalization.

Breaking also with homogeneity and globalization, the Cuban gallery Habana pursues a poetic approach that brings us back to a spiritual and physical communion with nature through contemplation and meditation. The gallery Habana showcased here the work of two of the most relevant Cuban contemporary artists Glenda León and Carlos Garaicoa.

In 'Cada respiro' by Glenda León the protagonist is the sea and its sound. The artist is laying on the grass in a flowery dress, behind her a blue sky, her slow and peaceful breathing merges with the powerful sound of the sea till both sounds become one and undistinguishable.On the other hand in Carlos Garaicoa's installation piece of seven monitors 'In the summer grass', the protagonist is the desert at the ruins of the battle site at Cuito Cuanavale.Like an old hermit or a shaman, Carlos secludes himself in the desert and proceeds to an almost ritual of creating little mounds of dirt as a kind of healing for the earth and memory. If in Glenda's piece the sound of the sea surrounds you and immerses you in it, inviting you to become one with the piece, 'In the summer grass' the sun, the desert and their hum brings you to a similar state of meditative contemplation and communion with the land.

On a very different note Heartgalerie delighted their public with a very eclectic and original selection of work that spoke to the imagination while travelling through new dream worlds or unknown landscapes. The futuristic world of Sebastien Caillat is filled with a very sober dramatic touch almost theatrical and the surrealist worlds of Reiner Riedler or Reynold Reynolds' films show us a reality that is threatened to be destroyed by artificiality or absurdity.

This fair stood out for its quality, consistency and the coherence of the selection of work that each gallery has made for this occasion, as well as the care in the presentation of the work and the clarity of intentions of each gallery's space. DiVA’s curators and participant galleries have shown a vision and a real commitment to establish video art in the place that it deserves in the contemporary art scene.