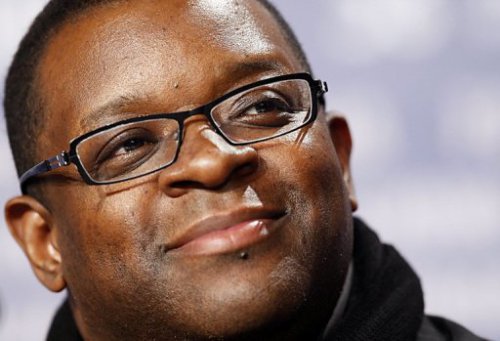 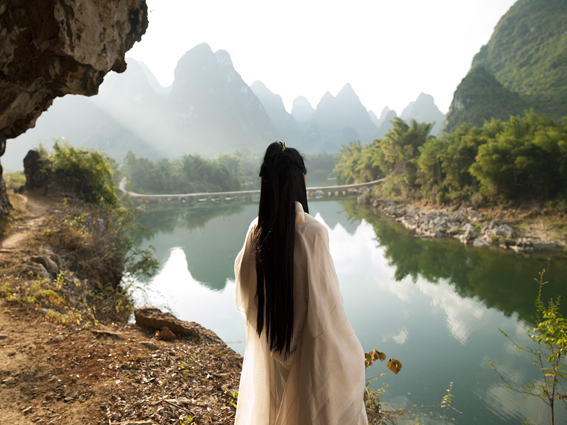 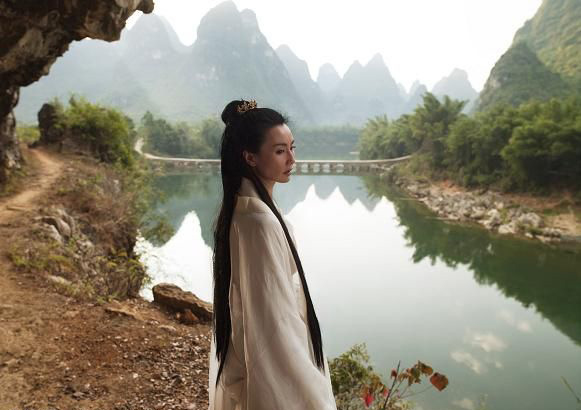 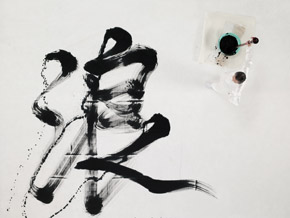 Perfect equilibrium of score and film


BALANCE is the independent score composed by Maria de Alvear which will escort THE TALE OF YISHAN ISLAND, the single channel version of Isaac Julien work TEN THOUSAND WAVES.

The original inspiration for THE TALE OF YISHAN ISLAND was the Morecambe Bay tragedy of 2004, in which 23 Chinese cockle-pickers died. In response to this event, Julien commissioned the poet Wang Ping to write Small Boats, a poem which also inspired the work. In the successive years, Julien has spent time in China slowly coming to understand the country and its people and developing the relationships that have enabled him to undertake this rich and multifaceted work.

THE TALE OF YISHAN ISLAND tells the story of 16th Century fishermen lost at sea. At the heart of the legend is the goddess figure Mazu (played by Maggie Cheung) who leads the fishermen to safety. Julien uncovers a symbolic body of material which he has used to create a work that explores modern and traditional Chinese values and superstitions through this fable that comes from Fujian Province, where the Morecambe Bay cockle-pickers originated.

Using this fable as a starting point Julien deftly draws on this story and the poignant connection between it and the 21st Century tragedy of Chinese migrants who died struggling to survive in the North of England.

Through conversations with Maria de Alvear and editor Adam Finch, Julien has created non-illustrative images for Alvear’s score enabling a space for each art form, music and film, to breath. Alvear’s composition allows a re-interpretation of the film whilst the images create layers to the score.

In the piece BALANCE, written for two Pianos, Flute, Percussion and String Orchestra, the pianos are tuned a quarter tone of each other. Just as the string orchestra, which also is divided in two, and its intonation differ by a quartertone.

The percussion due to the instruments given, creates also, two blocks with different tunings, but still forms a bridge between the two blocs, as well as the flute (flute piccolo, flute, alto flute) that also work as a harmonic bridge.

The intention is to create a sound system that requires the audience and musicians, to rebalance within the usual semantic set, whenever the harmonic structure is reset or pretends to be restored.

Only the category of the time in which it is perceived, as the passage of events one after the other, differences between the before, the now and the after. So, in Women and Men (animals, plants, stones, etc...) it would be in their individual manifestations of love to "the other" during the time of its existence, as well as their expressions of suffering.

The paradox that leads to feeling (live) eventually results in the urgent need to build a system with a significant order for existence itself.

Nature provides, apparently for the understanding that need of order and repetition, which makes it possible, erroneous or not, to know and understand the regularity of, let us call it, circular and timeless forms, or linear forms and temporal perception. This means, the seasons, the return of sunlight every day, the night, and even the hard to see regularity of the moon etc....

Thus, there is a mystery in nature, which for those who intrinsic live in it, it disposes regularly, and almost compels us to think that there is a trend in the phenomenon of trying to be, or apparently requires the synchronization of all the cosmic forces.

It seems that we, the so-called human beings, must "discover" the order within the apparent chaos and so final duality output would be: trend to chaos or tendency to order. But as we know from recent scientific discoveries, that have occurred in recent years, even the very thought of a solution in the field of quantum mechanics becomes mysteriously the result of an experiment in reality.

We just need to think at certain levels, so that the results of the experiment appear as real. And obviously no one with common sense would rely on this so convenient result. Which border is that? In my opinion, the border, or line that questions the whole problem of the ability to recognize "extracts of reality” and real time (if the word actually existed as a parameter) is trust.

Perhaps it is the word trust as an "object", which really is closer to the phenomenon of the existence of that feeling of "something more" of "something beyond" and the concept of transgression or transcendence of life itself.

The piece BALANCE, is thought to be independent, yet still be attached to the work of Isaac Julien, and the Atelier of Gombau and Conductor Carlos Cuesta and it would not be possible without the trust, respect and affection of all of them.

Main inspiration for this work was the love visible and palpable for me, between Isabel Requeijo and Juan Garvayo. This has led me to think about the courage that is necessary, for a balanced, adult and mature love to exist in time.

Isaac Julien is a British artist and filmmaker whose work incorporates different artistic disciplines, drawing from and commenting on film, dance, photography, music, theatre, painting and sculpture, and uniting them to create a unique poetic visual language in audio visual film installations. Isaac Julien lives and works in London.

Julien’s early work, Looking for Langston (1989) won several awards including the Teddy Award at the Berlin International Film Festival. In 1991 his debut feature film, Young Soul Rebels won the Semaine de la Critique prize at the Cannes Film Festival. Julien was nominated for the Turner Prize in 2001 for his films The Long Road to Mazatlán (1999) and Vagabondia (2000). In the same year, he received the Eugene McDermott Award from MIT in Massachusetts, USA: other recipients include artist Bill Viola. His acclaimed 5-screen installation, WESTERN UNION: small boats (2007) has been shown at Metro Pictures, New York; Galería Helga de Alvear, Madrid; Centre for Contemporary Arts, Warsaw; and also opened the new Museum Brandhorst in Munich in 2009.

Julien is represented in museum and private collections throughout the world, including the TATE, London; the Museum of Modern Art, New York; Centre Pompidou, Paris; the Guggenheim Museum, New York; the Hirshhorn Museum and Sculpture Garden, Washington DC; Moderna Museet, Stockholm; and the Brandhorst Museum, Munich.

Born in 1960 in Madrid, Spanish and German, she lives and works between Cologne and Madrid. She studied harpsichord, piano and composition in Spain and Germany. In 1986 She completed her studies in "Neues Musiktheater" at the Musikhochschule in Cologne with Professor Mauricio Kagel. She travels along the World making studies about ethnologic Music in America, Scandinavia, Russia (Siberia), etc... receiving the Bernd Alois Zimmermann Award in 1992.

Her works are interdisciplinary and multimedia. She makes a number of concerts, installations and performance in the world, and television productions and radio (CBC Canada, Arte TV, Spanish TV, Deutschland Radio, Deutsche Welle, Schweiszerischer Rundfunk, Hessischer Rundfunk, SWR, etc..., for such as Pure Sex a dossier on Television Arts SWR, WDR), various CD's and video productions.

She has also produced an growing number of collaborations with filmmakers such as Maria Fedder, Günther and Paul Atteln Smaczny (Euroarts) as well as with visual artists such as Ana de Alvear, Marjatta Oja, Isaac Julien, etc.

Many of her pieces have been reviewed in different worldwide publications and newspapers such as Die Welt, Germany, Der Spiegel, Germany, New York Times, USA, ABC, Spain, etc... In 1998 she founded the editorial "Wolrd Edition GMBH & Co KG," which now directs, and is editor of the magazine KunstMusik - Schiriften zur Musik als Kunst.