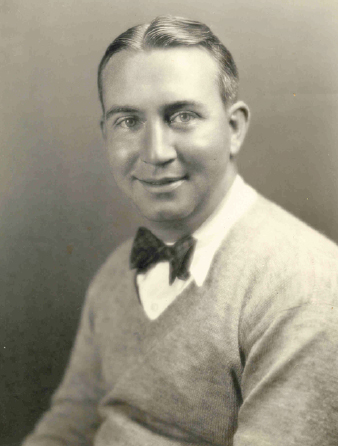 William Cameron Menzies was born in New Haven, Connecticut the 29 July of 1896 .He studied at Yale, the University of Edinburgh, and after World War I he attended the New York Art Student League.where he started working in special effects and design.
In 1923 started working with prominent directors of the period, and soon made a name for himself as one of the most individual and gifted of cinematic designers and won an Oscar in 1929.
1931 is the year he started directing , and made several movies as a co-director. His first film as director was in 1935, when he directed the massively ambitious science fiction project Things to Come (1936).
Back in the USA, Menzies won an Oscar for art direction on Gone with the Wind (US, d. Victor Fleming, 1939) and directed a few more films, of which the best was the cold-war science-fiction allegory, Invaders from Mars (US, 1953).

Are you William Cameron Menzies?