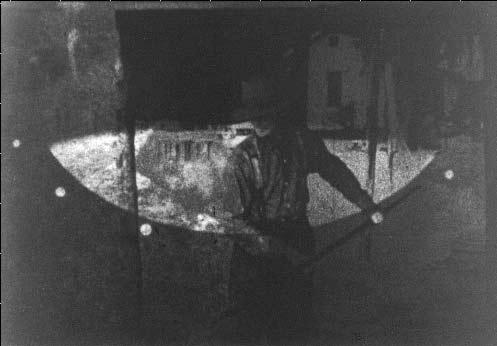 
Born in 1936, Larry Gottheim taught himself 16mm filmmaking in the 1960s and became one of America?s leading avant-garde filmmakers. From his late-1960s series of sublime ?single-shot? films to the dense sound/image constructs of the mid-1970s and after, his cinema is the cinema of presence, of observation, and of deep conscious engagement. While addressing genres of landscape, diary and assemblage filmmaking, Gottheim?s work properly stands alone in its intensive investigations of the paradoxes between direct, sensual experience in collision with complex structures of repetition, anticipation and memory. Gottheim developed the Department of Cinema in Binghamton, N.Y. and taught there for more than three decades. This extremely influential department attracted the most talented artists, academics, and filmmakers of the day including Ken Jacobs, Hollis Frampton, Peter Kubelka, and Ernie Gehr among many others. In the 1990?s Gottheim has also served for a brief time as director of the Filmmaker?s Co-op in New York. Gottheim?s films are in the collections of museums and archives throughout the world, and a program of his restored early films premiered at the 2005 New York Film Festival.
Are you Larry Gottheim?