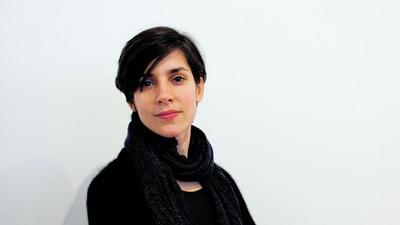 
Filipa César was born in Porto in 1975. Lives and works in Berlin, and studied at the Faculty of Arts in Porto and Lisbon (1996-99), the Academy of Arts in Munich (1999-2000) and MA Art in Context, University of Arts, Berlin (2007). César is an artist and filmmaker whose work reflects on the porous nature of the relationship between the moving image and its public reception. Informed by her interests in exploring the fictional aspects of the documentary genre, and imbued with an urge to point out the politics behind moving images, works such as F for Fake (2005), Rapport (2007), Le Passeur (2008), The Four Chambered Heart (2009), and Memograma (2010) walk the thin line between storytelling, chronicling, documentary, and experimental film. César's installations suggest possible settings for an expanded production of moving images, which actively engage the spectator in his or her role as perceiver, and which are constituted by the presence of socio-political concerns. In Filipa César's work the image evolves out of a struggle between real-memory and cinema-memory. Filipa César has exhibited, among other places, at 8. Istanbul Biennial, 2003; Kunsthalle, Vienna, 2004; Serralves Museum, 2005; Locarno International Film Festival, 2005; CAG- Contemporary Art Gallery, Vancouver, 2006; Tate Modern, 2007; St. Gallen Museum, 2007; International Triennale of Contemporary Art, Prague, 2008; SF MOMA, San Francisco 2009 and forthcoming 12th Architecture Biennial, Venice, 29th São Paulo Biennial 2010, São Paulo and Manifesta 8, Cartagena.
Are you Filipa César?