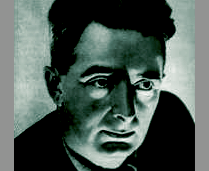 
Soviet motion-picture director whose kino-glaz ("Film-Eye") theory that the camera is an instrument, much like the human eye, that is best used to explore the actual happenings of real life, had an international impact on the development of documentaries and cinema realism during the 1920s.

Vertov, along with Sergei Eisenstein and Lev Kuleshuv (among others), became a leading filmmaker in Russia. At a time when cinema was still a relatively new art form, Vertov experimented with, and theorised about, the film-making process. He attempted to create a unique language of the cinema, free from theatrical influence and artificial studio staging. Concerned with representing the truth, he considered his films to be documentaries and would often use the real locations that he was representing.

My road is towards the creation of a fresh perception of the world. Thus I decipher in a new way the world unknown to you.

As a newsreel cameraman during the Russian Civil War, Vertov filmed events that were the basis for such factual films as Godovshchina revolyutsii (The Anniversary of the October Revolution) and Boi pod Tsaritsynom (Battle of Tsaritsyn). At age 22 he was the director of a government cinema department.
The following year he formed the Kinoki (the Film-Eye Group), which subsequently issued a series of manifestos against theatricality in films and in support of Vertov's film-eye theory. In 1922 the group, led by Vertov, initiated a weekly newsreel called Kino-pravda ("Film Truth") that creatively integrated newly filmed factual material and older news footage.

Vertov experimented with the film editing process, by creating the editing technique of 'montage' - a group of film clips put together, without considering continuity, in order to stimulate the viewer. Explored also by Eisenstein and supported by the contemporary European avant-garde movement, Soviet Montage became a key style of filmmaking of the 1920s. Influential since then, it has shaped the work of many filmmakers, including the French documentary makers of the 1960s, who used Soviet Montage theory and practice to develop their method of 'cinéma vérité'.

The subject matter of Vertov's later feature films is life itself; form and technique are pre-eminent. Vertov experimented with slow motion, camera angles, enlarged close-ups, and crosscutting for comparisons; he attached the camera to locomotives, motorcycles, and other moving objects; and he held shots on the screen for varying lengths of time, a technique that contributes to the rhythmic flow of his films.

Outstanding among Vertov's pictures are Shagay, Sovyet! (Stride, Soviet! ), Shestaya chast mira (A Sixth of the World), Odinnadtsatyi (The Eleventh), Chelovek s kinoapparatom(The Man with a Movie Camera), Simfoniya Donbassa (Symphony of the Donbass). Vertov went on to experiment with sound in films such as Tri pesni o Lenine (Three Songs of Lenin), and later became a director in the Soviet Union's Central Documentary Film Studio.

Bunuel listed Vertov as a producer of the type of film directed exclusively to the artistic sensibility and to the reason of the spectator, with its play of light and shadow, its photographic effects, its preoccupation with rhythmic montage and technical research, and at times, in the display of a perfectly conventional and reasonable mood.
Bunuel claims that The Andalusian Dog "represents a violent reaction" to this sort of film.

Like Grierson, Soviet film artist Dziga Vertov developed an aesthetic more truthful and more politically responsible than fiction. His movies showed the reality of the Russian people through a camera. Vertov, although similar to other artists of his time, was unique.

The Man with the Movie Camera is a clear example of Russian Futurist, or Constructivist, values.
Constructivism, described by Seth Feldman as "the use of a Futurist aesthetic to secure the triumph of the Bolshevik Revolution in the form of a technological quantum leap into the future".
This is successfully demonstrated in Vertov's film by the unification of the Futurist aesthetic, which advocates speed, power, and mobility and celebrates technological achievements as works of art, with Vertov's optimistic views of the new Soviet society. As a filmmaker directly employed by the Soviet government to produce propaganda films, and as a technical innovator, Dziga Vertov can be considered an avant-garde artist, the first one who united socio-political concepts with art.

Our eyes see very little and very badly, so people dreamed up the microscope to let them see invisible phenomena; they invented the telescope; now they have perfected the cinecamera to penetrate more deeply into he visible world, to explore and record visual phenomena so that what is happening now, which will have to be taken account of in the future, is not forgotten.

Vertov is difficult to describe because he was synchronously a purist and a propagandist, an avant-gardist and a primitive, a prophet and an android.

- Please check the latest artists from
Are you Dziga Vertov?