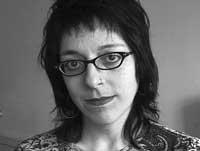 
Video artist and media arts educator. Her works have been screened in many places, including the Berlin Film Festival, the New York Video Festival at Lincoln Center, the Guggenheim Museum, NY and the European Media Arts Festival, Osnabrueck, Germany. She has won many awards in Europe and in the United States.
Are you Diane Nerwen?