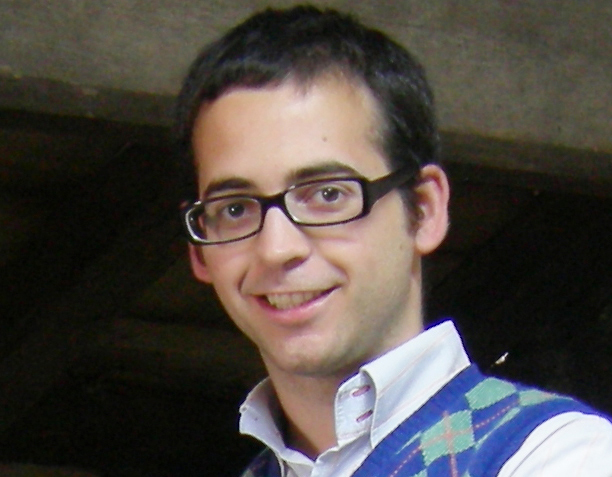 
Normally I use video and photography in the installation space, but last year I was more interested in the object, in a stable form. There are a couple of recurring obsessions in my work: communication and circular motion.

It doesn't always require spectacular actions to achieve worthwhile results. I am really interested in obtaining the greatest possible results from even the smallest gesture. The fact we are incapable of understanding something does not make it any less real. I try to provoke a degree of frustration, to test the spectator. How do we act when faced by a situation out of our control?

My last works speaks on political terms, asking us about the role of Nostalgia in the political memory, and how it transforms political issues on aesthetics. The images I'm working on are taken from the socialist utopias in Mexico, Cuba, Germany and East Europe. Those symbols are nostalgic forms for the citizens who had faith on those utopian projects.

Daniel Silvo began to work with video in 2002, with the work Technoaceitunas, exhibited in very diverse museums and art centres as Museo Reina Sofía (Monocanal, Madrid 20003), Benicàssim International Festival (2004) or Fondation Cartier (J?en rêve, Paris 2005). In 2005 he wins the first price of Generaciones Caja Madrid, and from this year he was selected for exhibitions as Somewhere Beyond the See (Frieze Art Fair, London 2005, and Arnolfini, Bristol 2006), Izolenta (Film Museum in St. Petersburg, 2006), In Times of Video (Museum of Contemporary Art of Puerto Rico, San Jose, 2007)?

He participates in prices as ABC (Accesit 2009), Purificación García (selected work 2009), Maria Jose Jove Award (selected work, 2010), and others.Silvo has lived in Berlin doing a student stage at UdK in 2003-2004, in Aix-en-Provence, with the Artists in context Programme, Pépinières européennes pour jeunes artistes, at the École Supérieure d'Art d'Aix-en-Provence (France 2006-2007), in Mexico City with a research program at UNAM University (2007-2008), in Bilbao (Bilbao Arte Foundation, in a residency program for artists, 2009), Madrid (Residencia de Estudiantes, 2009-2010) and Havana, with the exchange artist program Lugares de Tránsito (2010).