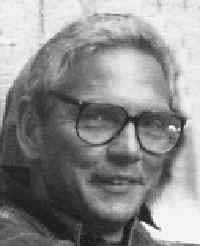 
Daniel Reeves, an expatriate American currently residing in Scotland and France, is best-known in the United States for his contributions over the last two decades to the evolution of the personal, poetic, experimental video documentary with signature pieces such as Smothering Dreams (1981), Sabda (1984), Sombra A Sombra (1988), Ganapati: Spirit of the Bush (1986), and his epic masterwork, Obsessive Becoming (1995).

Since his first works as an artist, Reeves has produced a stunning and evocative range of work in video, installation, photography and performance. However he has work in other media, such as installation and photography, which suggest more public territories in their disposition and reception for the artist.

All the works of Reeves suggests the neccesity to invent new formal languages for visual/psychic exploration, deploying technology to recover fractured memories, warped political sensibilities and misplaced collectivities. Reeves's strategy, merges art-making as a spiritual practice with art-reception as a historiographic methodology, an embodiment and inscription of history upon both the body and the eye.

Reeves' research, influenced by Eastern philosophies, basically centers on three recurring themes: a searing denunciation of American technological culture that peaks in his videos about Vietnam; an illustration of poetry, in which rhythm and meaning are visualized; the quest for a reconciliation between man and Nature as well as the reconstitution of a cosmogony describing the major cycles of existence. Smothering Dreams (1981) is a digest of his thoughts on war as an indicator of norms and values dominating American society. This is a video "autobiography" that dissects the myths of organized violence, filtering it through the imagination of a child and the eyes of a soldier. In 1983, Reeves began to present his poetic films inspired by mystical Indian texts and European poetry. In A Mosaic for the Kali Yuga (1986), he overlays images of technological society with the vision of the Vishnu Parnan, who prophesied contemporary confusion between "the inner world" and "exterior space." In the Hindu texts, Kali Yuga indicates a psychic state devoid of spirituality, the basic values of which are ownership and wealth. He spent seven years making Try to Live to See This (1990), a non-narrative epic shown on three screens, each representing a primitive element - water, fire, earth - corresponding to the cycles of life: birth, preservation and death. By way of this visual reflection, Reeves attempts to grasp the most primordial emotions.
Are you Daniel Reeves?