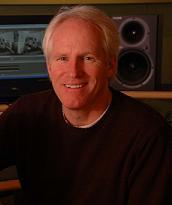 
Bob Hercules is an independent documentarian whose work has been seen nationally at film festivals and through numerous PBS broadcasts. Hercules was a frequent contributor to the PBS series The Ô90s during its three-year run, and was program producer for The Ô90s' "It's a Mall, Mall World," which examines the sociological phenomenon of indoor shopping malls. He is former chairperson and a current board member of the Deep Dish Television Network, and a co-founder and past producer for the award-winning cable series Labor Beat.

On of his most famous videos is FORGIVING DR. MENGELE, where he co-works with Cheri Pugh.
Are you Bob Hercules?